Youth of May: Episode 4 Recap

being in love With Myeong-Hee, Hee-Tae is ever ready to break the marriage proposal with Soo-Ryeon. Our belove Myeong-Hee who is already in love with Hee-Tae has to give up before starting.

Youth of May Episode 4 opens with Hee-tae, who woke up from a nightmare. (In his nightmare Hee-Tae Recall his friend who is used to bring a patient to him at his dorm, that night he brings Seok-Cheol cover in blood on her head. Hee-Tae who is trying to treat her ask his friend to buy medication for the treatment, instead he got caught and now in the Army) Hee-tae found out that Myung-hee is out already, and Kim Myung-hee, who came to work, recall Hwang Hee-Tae’s question the previous day and smile, “Myung-hee, I’m ready to be hurt, so did you want to go out with me, just until the end of May?” He said then Myeong-Hee said, “she will answer him when he’s sober.”

Meanwhile, Hwang Hee-tae, who received the date of Jang Seok-Cheol transfer from Choi Byung-Gul (Park Chul-min), vice president of the Peace Hospital, ask again if, everyone is available next week? when Byung-Gul asks about hee-tae relationship with the patient He said, I’d say we’re Victim and offender” furthermore we the scene of his friend(Kim Kyung-Sool ) who bring Jang Seok-Cheol to him at the Army.
Meanwhile, Hee-Tae calls the Soul hospital to let them know that Gwangju hospital will be available by next week, instead, they told him they will be available in the next two weeks. Myeong-hee who sees Hee-Tae talking on the phone touches him behind, still on phone, when he turns around Myeong-Hee sees a different face of Hee-Tae and was surprised. Myeong-Hee is very curious to know know what is Hee-Tae doing in the hospital, instead, He tries to avoid her series of questions, By saying did you look at me sleeping? Myeong-hee was embarrassed and shy. he added by saying “I have a tutoring session in the afternoon, so I will see you later” he then said I feel like we’re living together now, with smiles on his face.

The same day, Soo-Ryeon ask to meet myeong-hee at home after work, but when her Soo-Chan tell her that they Auntie is coming she then said “I think we will meet outside with Myeong-hee, Soo-Chan cut her through by saying you can ask myeong-hee to come since we have food at home and Auntie will not nag you, because you are now getting married, while talking over Soo-Ryeon hastily go out to see of her protester comrade, meeting at the house Soo-Ryeon got caught along with her friend by Hee-Tae father (Hwang Kim-nam). Back to Soo-Chan side at home, his Auntie brings photos of girls from a wealthy family for him to choose anyone to go on a blind date when Myeong-Hee enter She asks her to help her find a suitable match for Soo-Chan, Soo-Chan who is already in love with Myeong-Hee send his aunt out. Out of love When Myeong-hee asks him about his ideal type, he explained all the personalities of Myeong-hee as his type. Moreover, at Myeong-hee boarding house Hee-Tae who is waiting for Myeong-hee, cutely look at her and asked, “Do you have time tomorrow?” asking her out, to either go to the bakery, bookstore, or the coffee shop to listen to Bae in-Sook Songs, listen to that Myeong-hee knows who told him about her favorite and Said, “Who is tutored who now”. Instead of an answer, Myeong-Hee asks him about the hospital visit again, then Hee-Tae said, “give me an answer first, then I’ll tell you” thus Myeong -Hee quickly recalls telling Hee-Tae she will answer him when he’s sober. Then Myeong-hee said I have to study she added by saying she had somewhere to go tomorrow, hee-tae who want to spend a lot of time Myeong-hee asks if he can tag along.

Meanwhile, Soo-Ryeon is locked by Hwang ki-Nam, threatened Soo-Ryeon by reminding her of how important her marriage with Hee-Tae will help her family financially, Soo-Ryeon who is angry spit food on his tie, she looks disappointed and scares setting on the chair.

Myung-hee and Hee-tae who have come to enjoy their first date without falsehood decided to go on a picnic outside. Myung-hee on the bus hummed and told Hee-tae, who was peeling a boiled egg, “It seems like Hee-tae has no dark side.”Myeong-hee asked back, “I am being sarcastic?” Hee-tae, who smiled pleasedly at Myung-hee’s bewildered appearance, said, no. He then asks “Where are we going? Let me know,” The secret destination of Myung-hee was an orphanage called ‘Sarangwon.’ Hee-tae was introduced as a doctor, not a boyfriend, to the head nun who welcomed Myung-hee. The principal nun showed the two into the love center, saying, “There were children who needed medical attention, and it just happened.”

Hee-tae who was completely heartbroken is consoled by Myung-hee who assured him, that they are not the ones who decide life or death, they just do their best within the lines that God has drawn. “Myung-hee, who was looking at Hee-tae as if he was enchanted, said, “Hee-tae must be a good doctor. It’s not common for people to be so responsible,” Hee-tae was moved by her sincere consolation.

The student activist Soo-Ryeon who was arrested by the security department and interrogated by Hwang Ki-nam was released because she is to marry his son. Lee Chang-Geun Severely Scold Soo-Ryeon, She then tells her father that she can’t get married to that kind of family, instead, Chang-Geun reassures her of how important that marriage is to their families.
the Nex day, Hwang Ki-Nam is seen looking at the pictures of Her-Tae and Myeong-Hee while sitting in his office. Later that day when Myeong-Hee call Soo-Ryeon asking to see her, Soo-Ryeon is frustrated by what happens, while holding their(Soo-Ryeon and Myeong-Hee) picture in a frame said, “we can’t meet, I have planned today”

Hwang Ki-Nam Meet Myeong-Hee father at the market, Ki-Nam tell him to get control of his daughter because she grew up now and he won’t go easy also and Soo-ryeon met Hee-tae and asked, “Did you know that your family got involved in our business?” Hee-tae said, “I told you, you can’t step out when things get worse. What are you going to do now?” he asked back.
“Our factory will be completed in a month,” said Soo-ryeon, who was extremely opposed to marrying Hee-tae. Until then, let’s postpone our relationship.” It wasn’t like her, but it seemed to be a choice for her family, But Hee-tae rejected the offer with a single stroke and said, “You brought it on yourself. Let’s not cross the line to avoid it right now. If you need someone to beg for forgiveness with you, call me.”

Youth of May, as the drama is counting episodes, it brings viewers into dim by twisting the story, what is the relationship between Hwang Ki-Nam, Myeong-Hee, and her father? What makes Soo-Ryeon change of mind, did you think she starts loving Hwang Hee-Tae? If this continues I will have a lot of questions.
did you have any questions? Voice out your thoughts at the comments section below 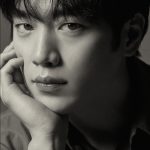