Doom at your service: episode 6 Recap

In the last episode, “Myul Mang” ended the denial of mind toward Dong-Kyung and raised interest in expressing sincerity. Myul Mang, who affirmed that he couldn’t love himself, said to Dong-Kyung, to Be the first human to love him and Dong-Kyung couldn’t hide her shaky eyes. As a result, many are curious about whether their relationship will change or not.

Doom at your service episode 6 open with Myul Mang (Seo In-Guk) determined to die for Tak Dong-kyung (Park Bo-young) was depicted. Myul Mang ask Dong-Kyung to be the first human that love him.
Earlier, Myul Mang put forward the condition that if Dong-Kyung violates the contract, the person she loves most will die at that moment. Instead, Dong-Kyung replied, “So what does that mean?” And Myul mang said, “You saved my life, and this is my way of saying thank you”. When Dong-Kyung ask if he just wants to die, Myul mang replied by saying I want to save you, is my idea bad he asks, Dong-Kyung replies by saying his idea is bad, and it’s running her Mood. Myul mang then ask if her feelings is better than her staying a live, Instead of a lovely answer Dong-Kyung tell him that she wants to live happily, and she just realized that she can’t live happily after killing him. She said, rejecting the proposal of Myul Mang.

Later, Shin (Jeong Ji-so) asked Myul mang if he’s going to disappear if he was love by Dong-Kyung, Furthermore, Shin (Jeong Ji-so) added by saying, “Will it work out as you planned. Human love is more dangerous than you think. She can abandon the world and Choose You. I don’t know what the result will be. I always have fun,” she said, meaningfully. Dong-Kyung meet Ye Ji, and Ye-Ji take Dong-Kyung to Lee-Hyun Café to see the new handsome part-timer unknown to Ye-Ji the New worker is none other than Dong-Kyung little brother Tak Sun-Kyung, after meeting with Sun-Kyung, Dong-Kyung ask if Ji-Na has someone she hates so much that she want him dead, So That Dong-Kyung Could love him. That day Ji Na meet with Cha Joo-ik to sign a deal between them.

The next day, Tak Sun-kyung (Dawon) visited the hospital for MRI, and Tak Dong-kyung consulted her doctor about whether her brother’s illness might be hereditary. The doctor give her Drugs encourage her to get treatment instead of the surgery, he also told her to live longer and endure the pain handing over the medicine to tak. Dang Dang-myeon is Tak’s doctor and a life story writer, and he is trying to cure his editor Tak Dong-kyung’s incurable disease. Dong-Kyung meet Shin (Jeong Ji-so) outside the hospital where she gives a gift of the toy (world) to Dong-Kyung for helping her open bottle.

The Tak’s family, Myul mang and their doctor take a picture to celebrate Myul Mang first Flower gift to Dong-Kyung, in the picture Dong-Kyung sees a different version of Myul Mang, when she asks him why he looks like that, He said That’s how they see me, surprise by his answer Dong-Kyung ask if how she’s seeing is another version of him, but Myul Mang confide her that She is the only one that can see his true self which weird.

Dong-Kyung who is not able to convince the Writer “Young Prince” is disappointed, and She keeps asking her colleagues questions about what will they wish if they were opportune to make a wish which will be immediately granted. On to that issues when all of them received calls While Ye Ji make Dong-Kyung wish true by setting a Blind Date with her friend which was interrupted by Myul Mang.

Meanwhile, Myul Mang drag Dong-Kyung out of the café And He told her that he has an idea, Myul Mang Suggest that She Made Her wish by, begging him to make her love him. Dong-Kyun was embarrassed and says, are you saying That’s possible?” And Myul Mang said “Why wouldn’t it be” looking dip into her eyes, Dong-Kyung wanted to kiss him, then came to her senses before their lips touched, and My Mang Smile, Angry Dong-Kyung pushed him away and left. Since then, Dong-Kyung has deepened her feelings for My Mang and has more time to think about it alone. Cha Joo-ik (Lee Soo-hyuk), her colleagues who noticed Dong-Kyung troubles, asked, “What are you so worried about?” and asked, “Is it a man’s problem?”
Dong-Kyung said, “If someone will grant you a wish, what will you ask? He said money, then asks “What if you can only live 100 days?”. Cha Joo-ik said, “Then you should say that you want to have a passionate relationship with him. Isn’t that how romance all starts?” Tak Dong-Kyung said, “Then should I say you should make me fall for you, is that the correct wish? She said. Cha Joo-ik who was standing behind said, “What are you talking about, the opposite. Beg him to make himself love you, he added while going out of the office.

Later, on her way home from work, Dong-Kyung, who met Myul Mang at the bus station while raining and none of them carries an umbrella. Dong-Kyung lamented her fate without an umbrella and My Mang sighed, saying, “No matter what the life of a man is always empty, no umbrella even if it rains.” Meanwhile, My Mang took hold of Dong-king’s hand and began to run home. “It’s not a big deal, is it?” It’s no big deal without an umbrella. Just get wet, If you get wet and run, you’ll be home soon,” he advised.

Dong-Kyung who was already disturbed by the wish said, “I have a wish. I want you to love me. I can make a wish, too,” she said. And My Mang kissed Tak Dong-Kyung in the rain. But Shin (Jeong Ji-so), a girl who found out from afar about Tak Dong-king’s love affair, said, “If you mess up the system, it’s probably programmed incorrectly. I’m going to delete the wrong. Or reset,” She said, and My Mang who is kissing Dong-Kyung suddenly disappeared, and her memory was reset.

Comments on Doom at your service episode 6

Myul Mang Disappear and Dong-Kyung Memories are reset Above all, the strong yearning and the serious atmosphere in the expression of Dong-Kyung make the viewers nervous. This raises questions about what happens to each other in the rain, and why is Shin intruding into their life. What are your thoughts about this episode? Voice out in the comments section below.

More From: Doom At Your Service 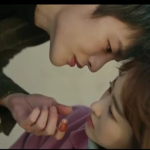 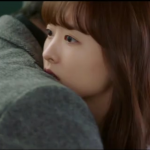