Nevertheless (2021) tells about Park Jae Uhn, who finds dating a waste of time but likes to flirt. Even though he is friendly and cheerful toward all, he is actually uninterested in other people and has sworn off dating. He’s a master of the “push-and-pull” who doesn’t get swept up in emotions. He draws firm lines between himself and other people and doesn’t reveal how he feels, but when he meets Yoo Na Bi, he finds himself wanting to cross those lines. Yoo Na Bi, who doesn’t trust love but wants to date. After a cruel and bitter experience with her first love, she no longer believes in destiny and makes up her mind not to get swept up in love again. When she meets Park Jae Uhn, however, he has a magical effect on her that shakes up her determination to remain aloof. “Adapted from the webtoon of the same name” 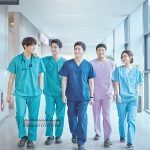 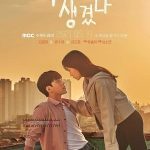