In the picture of Doom at Your service Episode, 12 released ahead of the broadcast The first meeting between Park Bo-young and Seo In-guk and the hospital meeting still forming a perfect decalcomania were revealed.

tvN’s Monday-Tuesday drama “Doom at Your service” draws attention by releasing a still of Tak Dong Kyun (Park Bo-young) and Myul Mang (Seo In-guk), which shows a sense of forgetfulness ahead of episode 12 on the 15th.

Doom at Your service Episode 11 Preview

In the last episode, Dong Kyun and its demise spread excitement with a more solid and affectionate romance while facing death, But for a while. When Dong Kyun saw Su-Ja (played by Woo Hee-jin) crying out for help, she asked Gyeo-shin (played by Jung Ji-so) for help, and Gyeo-shin offered to erase each other from the fate of Dong-Kyung and Myul-Mang. As a result, the question of whether Dong Kyun accepted Gyeo Shin’s proposal has been raised.

On the other hand, Myul-Mang draws attention as he looks at the back of Dong-Kyung. In particular, the eyes and facial expressions of Myul-Mang express sorrow and loneliness, raising questions about what happened. As a result, attention is being paid to whether the goddesses erased each other from the memory of longing and rapidly change longing and the fate of Myul-Mang.

Meanwhile, “Doom at Your service” is a near-life-secured fantasy romance between the existence of “Myul-Mang,” which is the reason for everything that disappears, and the human “Tak Dong-Kyung,” who risked his life not to disappear. 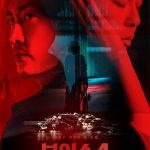 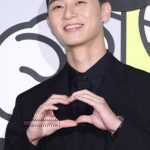