Jang Ki-yong and Lee Hye-ri of “MY ROOMMATE IS A GUMIHO” will reunited in the rain.

My Roommate Is A Gumiho, Tells about A Female College Student Named Lee Dam Who Accidentally Swallows The Marble Of A Male Gumiho (A Mythological Nine-Tailed Fox) Named Shin Woo Yeo, Who Was Close To Achieving His Goal Of Becoming Human.

In the last broadcast, Shin Woo-yeo (played by Jang Ki-Yong) removed the beads to protect Lee Dam (Lee Hye-ri) and ending the contractual relationship. Shortly after Shin Woo-yeo took out the bead from Dam, She lost all memory of Woo-yeo, and attention is being paid to future developments whether the romance between the two will end like this.

Meanwhile, Woo-yeo and Dami were spotted reunited in the rain, drawing keen attention. In the still cut released, Lee Dam was hit by sudden rain and Woo-yeo who was also hit by rain appeared in front of her and covered with umbrellas. Woo-yeo and Dami’s picturesque two-shot of looking at each other under the same umbrella as if time had stopped, causing excitement to viewers. At the same time, it stimulates curiosity about why Woo-yeo appeared in front of Dam again.

Above all, Dami’s eyes are shaking surprised by Woo Yeo’s unexpected appearance. This raises interest in the show whether Dami can remember Woo-yeo. 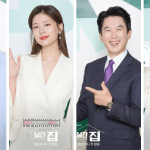 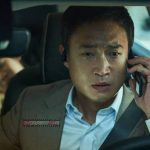