JTBC’s “Monthly House Magazine ” has failed to seize a chance to rebound in ratings due to overlapping with tVN’s popular drama”Hospital Playlist 2.”

“Monthly House Magazine” is a romantic comedy-drama in which Jung So-min and Kim Ji-Seok work together to prepare their own house with a woman living at home and a man buying a house. As it is based on real estate that many people are interested in, it drew attention even before the show, raising expectations for a real-life story. However, it seems difficult to win viewers over “Hospital Playlist 2.” with its plot reminiscent of a sitcom and a story that has yet to break away from the existing romance.

On the other hand, ‘Hospital Playlist 2’ is 20-year-old chemistry between people who live day by day in a hospital called the miniature version of life, and their 20-year-old friends who can only be seen by their eyes. Hospital Playlist which is loved by viewers for its mala-flavored healing drama once again broke its own record with an 11 percent viewer rating in the fourth episode aired on the 8th. 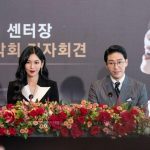 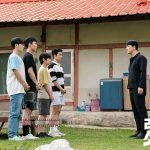