On the Cheong Wa Dae national petition bulletin board on the 19th, a message titled “C petition to stop airing the drama Seol Kang-Hwa” was posted saying, “There are victims of activists who were tortured and tortured as spies without any grounds during the democratization movement, and despite these historical facts, making such a drama undermines the value of the pro-democracy movement. More than 30,000 people agreed to the article.

“Snowdrop” was introduced as a drama set in Seoul in 1987 about the desperate love story of Suho (played by Jeong Hae-in), a prestigious college student who suddenly jumped into a women’s dormitory, and Young-Cho (played by Ji-soo), a college student who hid and treated her despite the crisis. Seol Kang-Hwa was criticized for her short production with the love of South Korean spies and female students who are campaigning for democracy.

In response, a national petition calling for an end to the filming of the popular drama came out, with more than 200,000 people joining. The explanation is that the setting of a romance between a South Korean spy and an activist student may seem like there was a spy behind the democratization movement.

However, JTBC said, “The motive behind the drama ‘Snowdrop’ and major events is not the democratization movement, but the political situation in the 1987 presidential election,” adding, “The setting in which male and female protagonists participate in or lead the democratization movement does not exist anywhere in the script. Rather, some characters were unfairly suppressed as spies under the military regime in the 1980s,” he said, dismissing the controversy over disparaging the pro-democracy movement. Responding to criticism that he glorified espionage activities and the Agency for National Security Planning, JTBC said, “A hypothetical story unfolds that vested interests such as the military government and the Agency for National Security Planning conspire with the North Korean dictatorship to maintain power. Against this backdrop, a South Korean spy and a National Security Agency agent chasing him appear as the main characters. They are not the people who represent their respective governments or organizations. The characters highlight the negative desire for power to reinvent the administration and the critical view of the Ministry of Information and Communication, which actively responds to it,” he said.

READ ALSO: While filming the last episode of Revolutionary Sisters Jeon Hye-bin expressed her gratitude to…

Despite the controversy, “SnowDrop” premiered on the 18th. However, controversy over the distortion of history seems to continue, with petitions being filed to stop airing the drama even after the first episode. At the time of the controversy, the production team claimed that “the setting in which male and female characters participate in or lead the democratization movement does not exist anywhere in the script,” but in the first episode, the female lead mistook the male lead, who is a spy, for the movement, and saved him.

Attention is focusing on how far the controversy over “SnowDrop” will continue. Will JTBC be able to save Snowdrop? Before popular Drama Like School 2020 and Joseon exorcist got canceled due to backlash, legal issues, and other controversial issues. 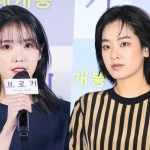 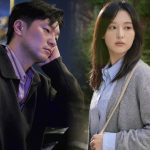