2PM Singer and actor Lee Joon-ho will hold a solo fan meeting to celebrate his birthday and record an unforgettable moment with his fans.

Lee Joon-ho will hold a fan meeting known as “JUNHO THE MOMENT” at the Blue Square Master Card Hall in Yongsan-gu, Seoul, at 6 p.m. on the 22nd and 5 p.m. on the 23rd. On the 23rd, the company will hold an offline fan meeting and a paid online live broadcast through the Beyond LIVE platform at the same time.

JYP Entertainment released a logo poster on its official SNS channel on Thursday, heralding Lee’s solo fan meeting. This is the first fan meeting in about three years since the first solo fan meeting “THE SPECIAL DAY [Unforgettable Day]” in October 2018, and Lee Jun-ho will have a meaningful time with his fans to celebrate his birthday on January 25.

READ ALSO: Which The Red Sleeve Character Are You?

The title track “My House,” released in 2015, of the 5th full-length album of 2PM, created a reverse-running craze in 2020 with music videos and stage fancams with the group’s unique atmosphere. In particular, Lee Joon-ho grabbed the modifier “My House’s Jun-ho” and excited fans at home and abroad. After being discharged from the military in March 2021, he prepared for a comeback with the members, and in June, he released his seventh full-length album “MUST” and title track “The Sun” and responded to their enthusiastic support.

Expectations and interest in actor Lee Joon-ho’s comeback work were also high. Lee Joon-ho confirmed his appearance in MBC’s Friday-Saturday drama “the Red sleeve” amid a flurry of love calls and announced the resumption of his acting career. The drama’s explosive popularity was added to the drama’s explosive popularity by expressing the sorrow of the crown prince, who had no choice but to suffer as the son of Crown Prince Sado and grandson of King Yeongjo, and his love with Uibin Sung, who is considered a “romance of the century” throughout the Joseon Dynasty by playing the role of Lee San, who ended the show with successful ratings of 17.4 percent on the 1st.

“The Red Sleeve” drew much attention as it gave MBC a double-digit rating for the first time in more than three years and regained its glory to “Drama Kingdom” MBC. In recognition of his leading role in such popularity and popularity, Lee won two awards at the “2021 MBC Acting Awards” held on December 30 last year as the winner of the best actor and best couple award in the mini-series category.

Lee Jun-ho was honored with the honor of winning the award for his comeback work at the small screen, and was recognized for his hard work and acting skills about eight years after his debut as an actor. Expectations are high for Lee Jun-ho’s performance in 2022 as he is making sure that he has both rabbits. 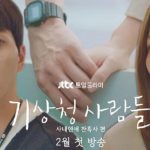 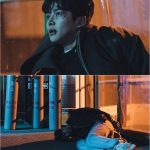