With two episodes left until the last Broadcast of the SBS Monday-Tuesday drama “our beloved summer,” unexpected news came out.

Thanks to the popularity of the drama, a special Episode for viewers seems to have been organized.

“Our Beloved Summer,” which will end with the 16th episode on the 25th of January, is scheduled to return with a special episode of the drama at 9 p.m. on the 27th.

“Our beloved Summer ” is a romantic comedy about the complex and subtle feelings of a broken lover being summoned back to the camera for the popularity of a documentary shot in high school 10 years ago.

“Our beloved Summer ” did not meet high expectations early on the first Broadcast. However, it became a hot topic every time as it started receiving positive responses from young people in their 20s and 30s who are the main users of OTT platforms such as Netflix. As the Drama become popular, interest in the main actors, Choi Woo-sik and Kim Da-mi, is also growing.
The last Episode is Scheduled for 25th January 2022. 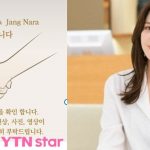 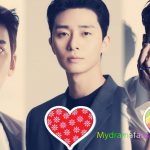