The supporting male of “Twenty-five Twenty-one” was suddenly compared with Park Seo Joon and Jang Ki Yong at the age of 20 years.

Twenty Five, Twenty One is one of the most popular movies at the moment. In addition to Nam Joo Hyuk, Kim Tae Ri, and Bona, a rookie actor Choi Hyun Wook is also extremely interested by netizens.

In the film, Choi Hyun Wook plays Moon Ji Woong, a handsome male student with many talents and best friend of Na Hee Do (Kim Tae Ri). Not too different from the character, Choi Hyun Wook makes an impression thanks to his positive energy. Despite having to act with seasoned seniors, Choi Hyun Wook still showed his ability and showed no weakness.

In addition to his acting talent, the actor’s beauty is also often discussed. Many netizens commented that Choi Hyun Wook owns facial features quite similar to Park Seo Joon and Jang Ki Yong. In particular, through magazine photos, the actor’s handsome features stand out even more.

Choi Hyun Wook age 20th was born in 2002. He has appeared in hit movies such as Taxi Driver, Racket Boys, Jirisan as a supporting male. In 2021, Choi Hyun Wook was named in the “Best Rookie Actor” category at the SBS Drama Awards 2021.

By 2022, he went on to join Twenty Five, Twenty-One. It can be said that the work is the stepping stone for the actor to raise his name with the audience. The film mainly revolves around the life and dreams of young boys and girls under the age of twenty. The drama is currently airing every Saturday and Sunday night on tvN. 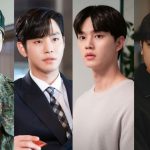