In general, all 6 Korean dramas aired on Saturday night still maintain their performance despite the change in viewership ratings. We invite you to learn about the ratings of Korean films aired on the evening of March 12.

According to Nielsen Korea, at cable station,  Song Kang and Park Min Young’s Forecasting Love and Weather recorded 6.5% of the national average rating and 7.2% of the city area. This rating has decreased compared to the previous episode.

In episode 9, Han Ki Jun (Yoon Park) learned that Lee Si Woo (Song Kang) and Jin Ha Kyung (Park Min Young) were really in love. He constantly makes it difficult for Si Woo because he thinks he wants to take revenge on him.

At the end of the movie, Ha Kyung and Eom Dong Han (Lee Sung Wook) continue to be misunderstood to have a ‘shady’ relationship when Eom Dong Han’s wife sees the two together and still living in the same house. Besides, Ha Kyung also knows that Si Woo only wants to love, but has no intention of getting married.

Next, part 3 of TV Chosun’s marriage drama  Love (ft. Marriage and Divorce) continued to record the highest viewership ratings in the newly aired episode. Specifically, episode 5 has achieved a national average rating of 7.8%, the city area is 8.0%, continuously increasing after each episode.

In the new episode, Hye Ryung urges Si Eun to explain after feeling cheated at the end of episode 4 while Dong Ma decides to follow her heart and take Sa Pi Young to dinner, even though he prepares for the wedding.

“Twenty Five, Twenty One“ of tvN, despite having to compete with heavyweights such as  Love (ft. Marriage and Divorce), Forecasting Love and Weather, or many dramas on national radio, still proved their own charm. Episode 9 has earned an average nationwide rating of 10.6%, while the Seoul metropolitan area has achieved 12%.

With this achievement, the film continues to top the time slot on all cable channels on Saturday night. At the same time, it ranks first among the target audience from 20 to 49 years old, reaching 6.4% on average. nationwide. On national radio, Through thrilling details to be revealed in the second half of the Drama.

Watch the next episodes of  Through the Darkness airing at 22:00 every Friday and Saturday night on SBS. Meanwhile, KBS has 2 dramas aired on Saturday night. The King of Tears, Lee Bang Won of KBS1 recorded a drop in viewership ratings in the latest episode and reached 9.0%.
Finally,  KBS 2TV’s Young Lady and Gentleman is still the most-watched Saturday night show on all channels. The drama earned 35.7% of the national average rating in the newly aired episode 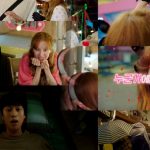 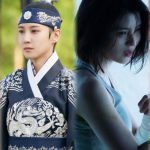