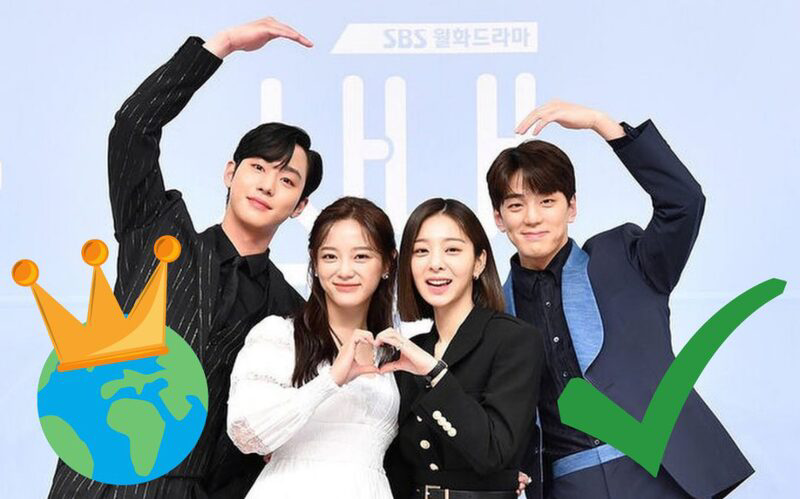 “Business Proposal Ratings” It is no coincidence that the audience has a special love for the drama business proposal.

If the rating is a measure of the influence of a movie in the Korean domestic market, in the world, people are often interested in the position of the movie on reputable movie viewing platforms: such as Netflix, Disney+, Apple+,…

the drama has a completely different genre compared to recent No 1 Netflix projects. Recently, the world’s leading movie viewing platform Netflix has announced the film topped the chart last week. Which, business proposal reached the Top 1 of global Netflix with 23,480,000 hours of viewing.

Netflix announced the top movie on the platform with a huge amount of watch time.

This is not the first time a Korean movie has been No.1 on Netflix globally. Before that, Netflix’s original series produced in Korea such as School of the Dead (All of Us Are Dead), Squid Game (Squid Game), Judgment from Hell (Hellbound),… also contributed. face in this position.

However, what is encouraging here is that a business proposal is a drama with psychological, emotional, and humorous genres. The film exploits the gentle everyday element, there is not too much drama to argue with, so it is easy to be weak in terms of content.

The main couple of the film is considered to be beautiful and suitable for the role.

While the super products that have appeared in this position often exploit popular factors such as zombies, disasters, survival, …, business proposals are like a new breath of wind, contributing to enhancing the position of the company. Korean romantic comedy series.

Korean films appearing in this position often have quite sensational content, monumental in terms of technical effects.

The film has a Non-English section, but the audience’s reception to this work is great, regardless of country or language. According to the site Soompi, the film is interesting thanks to the attraction of the original webtoon – A Business Proposal (author Haehwa) – which has 450 million views worldwide.

See also: Ahn Hyo Seop of a “Business Proposal” is still said to have an unrecognizable face

The cast as if coming out of the original makes audiences everywhere extremely excited.

Currently, the series has entered the final stage when there are still a few more episodes to officially close. The audience is extremely sad when they have to say goodbye to this excellent movie.

The drama “Dating in the Office” is airing every Monday and Tuesday night on SBS and Netflix. 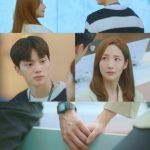 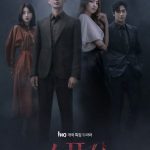