“Love All Play Kdrama/ 493km For You” is a sports romance about two badminton players. The characters in the drama are rising Star Park Ju-Hyun and rising actor Chae Jong-Hyeop.

Park Ju-Hyun has appeared in dramas such as “Mouse”, “The Zombie Detective”, “Extracurricular”, and “A Piece Of Your Mind.”

Chae Jong-Hyeop whom He has gained popularity due to his act in “Nevertheless” has acted in many dramas such as “The Witch’s Diner”, “Sisyphus: The Myth”, and “Hot Stove League.”

Meanwhile, Actor Kim Mu-Jun who has appeared in the dramas “Nevertheless”, and “It’s Okay To Be Sensitive 2020” and actress Seo Ji-Hye who has acted in the dramas “Crime Puzzle”, “Mystic Pop-Up Bar”, “Like”, and “Welcome 2 Life” will also be starring in this drama.

Unlike other sports dramas like “Racket boys” in which the main cast comprises Young upcoming Stars, this drama is also attracting attention as a drama that will simultaneously deliver the heart-pounding passion that can be felt in sports and the fluttering excitement of romance.

READ ALSO: Seo In-guk has been diagnosed with Covid-19, and his schedule has been suspended.

“493km For You” is a hot sports romance between “Park TaeYang,” who is a refreshing 25-year-old, and “Park Tae-Joon,” who is a professional athlete, on the badminton business team.

Park Tae-Yang is known as the “Smash Queen” who returned to badminton after 3 years. She tries harder than others to catch up after her break and leaves people curious about why she suddenly disappeared three years ago.

Park Tae-Joon considers the sport of badminton a profession. He can be serious and decisive at times.

Yook Jeong-Hwan is a national team player who gives fans energy through his all-around playing performance but has a weakness for self-management.

Lee Yoo-Min is the queen of jinx.

READ ALSO: Lee Min Ho and Ahn Hyo It’s the same ‘love at first sight but why are they so… 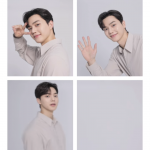 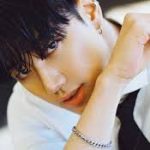