“Our Blues” is a drama depicting the life stories of various characters against the backdrop of warm and lively Jeju and the cold and rough sea.

Lee Byung-hun has appeared in the dramas “Squid Game”, “Mr. Sunshine”, “IRIS” and “All In.”

Shin Min A has starred in recent dramas Hometown Cha-Cha “ while Han Ji Min has acted in the dramas such as “One Spring Night”, “Dazzling”, “Familiar Wife”, and “Jealousy Incarnate.”
However, season actor Kim Woo Bin will be making his comeback to the small screen with this drama.

Cha Seung Won has most recently appeared in the dramas “One Ordinary Day”, “A Korean Odyssey”, “Splendid Politics”, and others

Lee Jung Eun has had major roles in a recent law drama “Juvenile Justice”. Finally, Uhm Jung-Hwa has appeared in the dramas “You’re Too Much”, “Witch’s Romance”, and others.

“Our Blues” is a drama about the sweet and bitter life of everyone standing at the end, peak, or beginning of their lives.

Lee Dong Seok is a Jeju-born truck dealer, a person who sells various items out of his truck. He possesses a rough and blunt personality and relies on his truck as a means of transportation and as a place to sleep.

Min Seon Ah has returned to Jeju with scars as she has been separated from her child.

Lee Yong Ok is a woman with a bright charm who has a habit of following rumors.

Park Jung Joon is a pure-hearted, sincere and honest Captain.

Choi Han Soo has returned to Jeju and seems to have a story behind the reason as to why he has come back after all this time. He is childhood friends with Jung Eun Hee who he meets again in their hometown after 20 years.

Jung Eun Hee runs a fish shop in Jeju. She feels as if she has returned to her childhood when she is reunited with her first love, Choi Han Soo. Eun Hee is also childhood best friends with Ko Mi Ran, who possesses an opposite personality to Eun Hee.

Ko Mi Ran is Jung EunHee’s childhood best friend. They grew up together in Jeju where Ko Mi Ran was the first love of all the guys in the village. She was envied by everyone because she was pretty, and was always a lot of fun.

Our Blues is expected to be released on April 9th, 2022 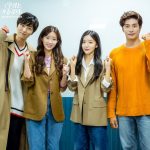 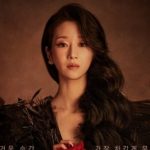