It seems that in episode 11 of Business Proposal, Cha Sung Hoon and Jin Young Seo will bring each other back to meet their parents.

Business Proposal is slowly coming to an end when there are only 2 episodes left when the lovely love story of the two main couples will end. Initially, the drama was not expected to be too much, but up to now, the Drama has shown its great attraction with a series of terrible ratings through each episode.

Before the broadcast of the last 2 episodes this week, SBS has just posted behind-the-scenes photos of episode 11 of the drama. Besides the main couple, the audience’s attention seems to be pouring more into the image of the supporting couple Cha Sung Hoon and Jin Young Seo.

Looking at the action of secretary Cha smiling and stroking her cheek to calm his little lover, the audience wondered if, in tonight’s episode, the supporting couple will have another shocking parent debut?

In the previous episode, Jin Young Seo’s father, after sending a follower, discovered his daughter had a romantic relationship with an unknown young man. Perhaps because of the unsuccessful attempts to see the eyes in the past, the father was extremely surprised when he saw the photos in his hand.

See also: Business Proposal Ratings: Did Ahn Hyo Seop and Kim Se Jeong conquer the audience or is it just a fan’s illusion?

It seems that in the next episode, Young Seo’s father will force her to bring her lover back home. The tycoon woman is probably also very worried because of this. More than anyone, she knew her father’s personality, she was worried that her father’s confusion would make it difficult for her lover.

As in the original, the couple will continue to face another big storm that is Young Seo’s father tries to prevent his daughter and the secretary because their two families are not compatible, afraid that his daughter will have to drink alcohol. suffering if marrying Cha Sung Hoon.

However, with the confident face of the handsome secretary, the audience strongly believes that he will easily overcome this father-in-law’s debut.

Let’s look forward to the final developments of the drama “Business Proposal” which will be broadcast on Monday and Tuesday evenings on SBS.

See more: Poll: Who is your favorite Couple in A business proposal 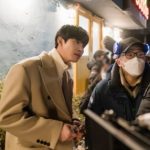 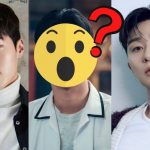