Tomorrow has had a better start, creating a record and can be said to be the trump card for MBC’s evening drama frame. The first episode of Tomorrow, MBC’s new fantasy series with the collaboration of Kim Hee Sun and Rowoon aired, with the achievement of episode 1 immediately set a record as the drama with the highest ratings in the Friday and Saturday night time slot of MBC.

Based on the popular webtoon of the same name, Tomorrow tells the story of a young man Choi Joon Woong who encounters an unfortunate incident while struggling to find a job. Finally, Joon Woong reunites with a team consisting of Goo Ryun (Kim Hee Sun) and Lim Ryoong Goo to save those who have lost their goals, helping them stop before they go too far to return.

Hoping to help Rowoon fell into a coma while rescuing a homeless person who attempted suicide. On this day, job-seeking student Choi Jun-woong finished the interview with a perfect remark and had an intuition that he would pass. But he was soon frustrated when he found out that the person who had the final interview with him was the representative’s daughter. The text he received also contained information related to the rejection notice.

Feeling disappointed that he fell again, Choi Jun-woong blamed himself and started to cross the bridge alone. Then he saw a man who was trying to take his own life, and he tried to rescue him somehow. Seeing this, Goo-Ryun (Kim Hee-sun) shouted “Hey there you. Get out of the way” and then teleported and kicked Choi Jun-woong.

Goo-Ryun approached the homeless person who was trying to take his own life and asked, “What will change when he dies? Is there any solution?”, and when the man said, “Isn’t it less painful at least?”, she warned, “Jump freely. But I guarantee, it will be several times more painful than it is now.”Goo-Ryeon said, The man jumped into the river while Go-Ryeon and Choi Jun-woong were arguing, and Choi Jun-woong, who was trying to stop the man, also fell into the water and was later saved by Goo-Ryeon and lost consciousness.

Meanwhile, In the hospital, Choi Jun-woong woke up as a soul. Naturally, he also found out that Goo-Ryun was a grim reaper. Jun-Woong trembled, “Am I dead. Am I going to die soon? Or are you going to kill me after calling my name three times?” Goo-Ryun said, “We are responsible for the Han River incident, and he asks if the homeless man is alive, Fortunately, the man is alive she said. You haven’t died yet. You fell into an unplanned coma and you’ll wake up in three years.”

When Choi Jun-woong heard this, he lamented, “This is why people said you shouldn’t make plans for your life.” Goo-Ryun replied, “The company is handling the situation.

After that, Gu-Ryun took Choi Jun-woong to their main company and introduced him to her superior jade. Jade said, “I want to give you a choice. Wake up after lying in a coma for 3 years like now, or wake up after 6 months of working at Jumadeung. How about trying the job you want here. A benefit will be granted.” However, Choi turned down the request because he thought it was all a dream.

soon after, Jade Hwang said, “If you decide so, there is nothing I can do,” and when he see the reality, where his mother is frail and fell in his arms, he became frightened and shouted, “I’ll do that grim reaper.”

Among the many candidates, Choi Jun-woong was assigned to a crisis management team with great skills. It was because of the order of the Jade Emperor. From the beginning of his work, Choi Jun-woong could see Gu-Ryan’s ability with his own eyes. When the motorcycle tried to attack the team’s goal, writer Noh Eun-ha, Goo-Ryun stopped time and changed the sliding motorcycle slightly. Goo-Ryun explained, “This is what I do. I am the grim reaper who saves people. We don’t save those who have reached the end of their lifespan. We only save those who want to take their own life.”

Then, the crisis management team began to find out why Noh Eun-ha’s negligence index increased in earnest. In particular, when interviewing Kim Hye-won, who drew a webtoon related to school violence, she showed a particularly sensitive appearance, which made them wonder. It turns out that writer Kim Hye-won was the perpetrator of school bullying, while Writer Noh Eun-ha is her victim who clearly remembers her past, while Kim Hye-won doesn’t remember a single thing. Writer Kim Hye-won even frowned when asked, “Didn’t you think revenge was cruel?” and replied, “I wish it was crueler. I have no intention of defending the perpetrator. I changed the victim completely, but it has to be cruel.”
disguised as PDs and visited the broadcast tv writer Noh Eun-bi (Jo In), who was the subject of the crisis management team. Noh Eun-bi, a victim of school violence, was constantly struggling because of her past.

The crisis management team decided to look into her past to help Noh Eun-bi. As Noh Eun-bi’s memories unfolded vividly in front of their eyes, Goo-Ryeon and Choi Jun-woong put on a bitter expressions.

According to Nielsen Korea, episode 1 of Tomorrow achieved an average nationwide rating of 7.6% and 8.2% in the Seoul area. Of course, with these very positive numbers, Tomorrow also occupies the first place in the broadcast time frame on all TV channels.

‘Tomorrow’ brings comfort to viewers. It is through the stories of those who have been pushed to the edge of a cliff with their heartbroken. Actress Kim Hee-sun even tried a drastic style change for this work. The chemistry between Rowoon and Grim Reapers Goo-Ryeon brought laughter to the public. Kim Hee-sun, who visited the small screen with a drama for the first time in two years after ‘Alice’, boasted a strong visual and attracted attention 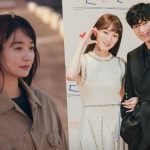 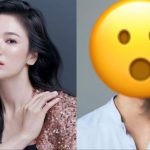