It is analyzed that it has benefited from the ending of the SBS Monday-Tuesday drama ‘Meet the Guy’, which was broadcast at the same time and was a hit.

‘Crazy Love’, starring Kim Jae-wook and Jung Soo-Jung, is a sweet and bloody, crazy romance drama depicting the story of a lecturer who is predicted to be murdered, and his super secretary, who is sentenced to death. 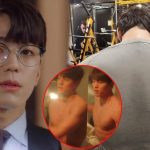 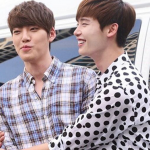