Lee Yo-won of ‘Green Mothers Club‘ wakes up and starts a counterattack.

In the JTBC Wednesday-Thursday drama ‘Green Mothers Club’, which will be broadcast on the 14th, ‘new mom’ Eun-Pyo draws out a secret weapon to defeat the mothers in the elementary school community who ignored her and Seo Jin-ha (Kim Gyu-Ri), who was the object of a sense of inferiority. In the last 3 episodes, Eunpyo was unable to adapt to the education fever of ‘Sangwi-dong’ and decided to move. This is because it was almost impossible for her son Dong-Seok, who could not proceed with prior or home study, to follow Jindo in ‘Sangwi-dong,’ the basic education for early education.

Here, even with the contempt of her classmates as “not a good fit,” she made her preparations to leave her neighborhood with her wretched heart.

Meanwhile, a variable occurred in Lee Eun-Pyo’s moving plan. It is said that her son Dong-Seok, who she thought was just a bunch of accidents, is a gifted person who is in the top 0.01%. Eun-Pyo’s eyes when she heard the incredible facts she had never thought of were surprising and yet another determined emotion was peeked into, making her curious about her next move.

At the same time, Eun-Pyo, who is hanging out with the mothers of ‘Sangwi-dong’ with Byun Chun-hee (Chu Ja-Hyun) and Park Yoon-Joo (Jum Min-Kyung), is attracting attention. Her awkwardness at the time she first entered the ‘upper dong’ is gone, and her transformation, completely immersed in the atmosphere of the elementary school community, catches viewers’ eye.

In particular, they plan to forget the previous conflict and form an alliance to oppose Seo Jin-ha and Kim Young-mi (Jang Hye-jin), who previously insisted on the abolition of the gifted class.

Above all, Seo Jin-ha was the subject that always stimulated Eun-Pyo’s sense of inferiority, so she can’t lose as much as she can about her child. Curious about what Eun-Pyo’s secret weapon will be to defeat her Seo Jin-ha.

On the other hand, when Seo Jin-ha, an ‘outsider mom’, who rarely gets along with other mothers, suddenly jumps into the elementary school community, her power structure, centered on Byun Chun-hee, is also expected to change. Seo Jin-ha, who always distanced herself from ‘upper-dong’ mothers, is also paying attention to the reason why she entered her elementary school community.

On the other hand, the 4th episode of ‘Green Mothers Club’, where Lee Yo-won, the awakened ‘new mom’, will fight back will be broadcast at 10:30 pm on the 14th. 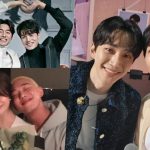