On the 14th, Twitter announced the Top 5 dramas and series for the first quarter of 2022. This is the result of analyzing and counting the Twitter real-time trend, which became a measure of topicality when tweets related to works are concentrated in real-time before, during, and after airing on Twitter, creating a big issue.

Twitter Trends is a function that shows keyword rankings of conversations that are currently the most talked about on Twitter. In the Twitter mobile app, you can select the Explore tab from the bottom menu. Twitter real-time trends are selected through an algorithm and are selected by reflecting not only the number of tweets, but also the real-time nature of tweeting the same keyword explosively within a short time, and the uniqueness that shows new topics. Looking at the rankings released by Twitter, KBS 2TV’s weekend drama ‘Gentleman and Lady’ took first place, followed by tvN’s Saturday and Sunday drama ‘Twenty-five and Twenty One’, Teabing’s original entertainment show ‘girls high school mystery class‘, and SBS drama ‘Business Proposal, followed by the Netflix series Juvenile Justice‘. It is based on the total number of organic impressions of domestic Twitter real-time trends.

The nationwide box office rating of 38.2% (48 episodes) of ‘Gentleman and Lady’, which ranked first, was also reflected in the Twitter trend. A number of tweets from fans who empathize with the main character’s situation were posted every weekend and became a real-time trend, and trending keywords induced clicks, further increasing the conversation volume.

‘Twenty-five Twenty One’ secured a strong fandom centered on the younger generation and took second place. It was found that the number of tweets was amplified as fresh and exciting emotional scenes and famous scenes were posted simultaneously among drama fans. In particular, even at the moment of the end of ‘Twenty-five Twenty One’, curiosity about the ending continues. It ended with the highest viewership rating of 11.5% (Nielsen Korea paid household standards). ‘High Class’, which took 3rd place, is Teabing’s first original entertainment show, which has been a topic of discussion on Twitter with the production of both fun and emotion since season 1, and appearances of Vivi, Jena, Jang Do-Yeon, and Jae-Jae, who is gaining popularity among young people collected.

The 4th place ‘Business proposal’, which showed the standard of ‘Rocco’, was well-received for its comical directing and chemistry between the actors. On the 4th, a day before the end of the drama, Ahn Hyo-seop and Kim Se-jeong, the main characters of the drama, commemorating the 10% viewer rating breakout, a tweet calling the work OST ‘Is it Love’ as a duet was released on SBS’s official Twitter, and more than 10,000 retweets were posted. It spread to drama fans around the world in real-time, and to those who saw the trending keyword, the work was once again evoked, encouraging them to watch the broadcast until the end.

In fifth place, the Netflix series ‘Boys’ Judgment’ was named. As it is a work that captures the dark side of our society, more detailed and sincere review tweets were posted on Twitter than any other work, and we actively talked about the direction our society should go in the future. In particular, through the boy referee’s ‘#TwitterBlueroom Live Q&A’ conducted by Twitter with experts in various fields in March, drama fans around the world communicated and increased the number of tweets.

Kim Yeon-Jung, managing director of Twitter’s global K-pop & K-contents, said, “Drama and entertainment program fans are leading the trend by exchanging work-related conversations on Twitter in real-time while watching the broadcast. As you can see, the topicality of the content can also be confirmed through Twitter.”

On the other hand, Twitter is strengthening the #OnlyOnTwitter (#OnlyOnTwitter) content and providing a variety of original content related to Korean works such as domestic dramas, series, and movies. Recently, in order to enhance content expertise, we have partnered with Cine21, a film-specialized media, to provide high-quality content through ‘#TwitterBlueroom Live’ and ‘Twitter Spaces’, a real-time voice community function. 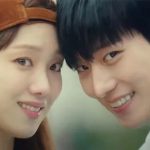 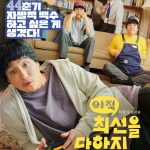