The syndrome of the drama ‘Itaewon Class‘, starring Seo-joon Park and Dami Kim, is expected to continue.

According to a broadcasting official on the 16th, Kakao Entertainment and SLL (formerly JTBC Studio) are discussing the production of an American drama for the drama ‘Itaewon Class’ (written by Jo Gwang-jin, directed by Kim Seong-yoon, Kang Min-goo), which aired on JTBC.

‘Itaewon Class’ is a drama depicting the myth of their founding in Itaewon, where the world seems to have been compressed, pursuing freedom with their values. This is Kakao Entertainment’s representative IP, and it was produced as a JTBC drama in 2020 and received great love. Characters such as Sae-Roi’s (Park Seo-Joon) hairstyle, Yi-seo’s (Kim Da-mi) fashion style, and lines were all loved at home and abroad. In particular, in Japan, it was ranked No. 1 on Netflix, and there was a lot of demand for a remake

Accordingly, the Japanese remake of ‘Itaewon Class’ was confirmed with the title of ‘Roppongi Class’ (working title). ‘Roppongi Class’ is produced in collaboration with Kakao Entertainment’s subsidiaries, Cross Pictures and SLL, and is working hard on casting. As it airs this summer, expectations for the newly born ‘Roppongi Class’ are also rising.

After ‘Itaewon Class’, the lead actor, Seo-Jun, confirmed his appearance in ‘The Marvels’, the second film of ‘Captain Marvel’, and started full-scale global activities. In an interview with the British Guardian last month, he mentioned his mega-hit ‘Itaewon Class’. As much as this, he has great confidence and pride in his work. Kim Da-mi also appeared in the SBS drama ‘our beloved summer‘ following ‘Itaewon Class’ and is a hit at a home run in a row.

attention is paying whether ‘Itaewon Class’, which is united with two actors, a solid story, and excellent workmanship, will show off the power of Korean content not only in Japan but also in the United States. 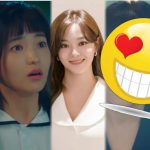 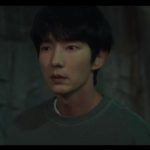