Actor Kim Hyeon-Joo will make a special appearance in ‘Love All Play’.

The new KBS 2TV drama ‘The Speed ​​To You’, which will be aired for the first time at 9:50 pm on Wednesday, the 20th, is a taking twenty-five Twenty-one, sports-oriented Park Tae-yang (Park Joo-Hyun). ), a hot sports romance between an athlete and sports player Park Tae-Joon (Chae Jong-hyeop) in a professional badminton team.

READ ALSO: Ahn Bo-Hyeon and Jo Bo-ah, the full-scale investigation into the case involving No Tae-Nam.

The published photo contains Kim Hyun-Joo, who is smiling elegantly. Despite her bright smile, she is overflowing with charisma. And Park Joo-Hyeon (Park Tae-yang) stands in front of Kim Hyun-Joo with a bright smile, attracting attention. Park Tae-yang, played by Park Joo-Hyun in the play, is a new employee who just joined EUNICE and ranked the lowest. The energetic appearance of the new employee-facing the boss confidently is what robs the attention of the new employee.

President Kim Hyeon-Ju also looks at Park Joo-Hyun with a smile as if he likes it. I wonder how Park Joo-Hyun captured Kim Hyun-Joo’s heart and how this action will affect Park Joo-Hyun’s company life in the future.

In this regard, the ‘Love all Play’ side said, “Actress Kim Hyun-Joo made a special appearance in the drama 1st episode. I would like to express my gratitude to Kim Hyeon-Joo for maximizing the fun of the scene with her elegant charisma and acting skills,” he said.

On the other hand, KBS2 new Wednesday-Thursday drama ‘Love All Play’ will be broadcasted for the first time at 9:50 pm on Wednesday, the 20th. 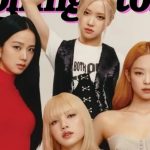 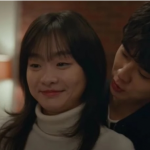