tvN’s new drama ‘Shooting Star’, which is scheduled to be broadcasted for the first time on the 22nd, means ‘Starry people who clean up the poop of stars’. , a romantic comedy depicting the real story of people who shed sweat and tears.

‘Shooting Star’, which will vividly capture the intense earning life and heart-fluttering romance of those who are at the forefront of the entertainment industry, such as managers, public relations teams, and reporters, is ‘The Man’s Memory’, ‘Day and Night’, ‘Come to the Witch’s Restaurant’, etc. Producer Lee Soo-hyeon, who directed the film, took hold of the megaphone, and writer Yeon-soo Choi, who has a long history of working at a real management company, wrote the script, foretelling the birth of a Rocco with realism in the industry.

As it was set in the entertainment industry, there was also a powerful cameo corps to express it. On the 18th, ‘Shooting Star’ side raised expectations by unveiling the scene stills of Park Jung-min, Yoon Byeong-hee, Seo Yi-sook, and Kim Seul-gi, who were the first runners of the cameo parade on the 18th. First, Park Jung-min will make a surprise appearance as a blind date for Lee Sung-kyung (Oh Han-byeol) in the play. Park Jung-min, who has established himself as a representative actor in Chungmuro, strives for perfect character transformation in a wide range of genres such as ‘Dongju’, ‘That’s my world’, ‘Sabaha’, ‘Save me from evil’, and ‘Hell’.

In the drama, Yoon Byung-hee plays the role of a secretary for an overseas volunteer group in which Kim Young-dae (played by Gong Tae-seong) participated. As Yoon Byung-hee caught the attention of viewers with his extraordinary presence in ‘Vincenzo’, ‘Stove League’, and ‘Mr.

She also draws attention with the appearance of veteran actress Seo Yi-sook. Seo Yi-sook, who has shown solid acting skills regardless of genre and character, such as ‘Startup’, ‘The World of the Married’, and ‘Hotel Del Luna’, will appear as an ‘Star Force Entertainment actress’ in ‘Shooting Star’. In her drama, Seo Yi-sook arouses her curiosity by saying that she boasts an intense charisma that makes her star force enter managers confuse.

Finally, Kim Seul-gi appears in the role of ‘Happy’, a livelihood entertainer with a huge gap between her external image and her real personality. ‘Oh my ghost’, ‘Fondant fondant LOVE, ‘That man’s memory method’, ‘Shh! Kim Seul-gi, who has been loved by viewers for her wide-ranging acting skills, ranging from acting in a drama like ‘Please Take Care of Him’ to delicious comic acting, amplifies expectations for her changeable appearance in ‘Shooting Star’. 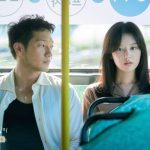 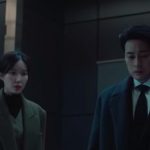