The new drama of “sadly handsome man of Han So Hee” received bad results after the first 2 episodes.

After the rating bomb, Nevertheless, was released last year, both Song Kang and Han So Hee actively re-appeared, while “national boyfriend” Chae Jong Hyeop has not had a new drama until now. Unfortunately, his new series – Love All Play – even though it was broadcast on the central station, the opening rating was still poor, not much better than nevertheless

Specifically, the opening rating of Love All Play was only 1.9%, far behind the series aired on the same day as Kill Heel or Green Mothers Club. I thought episode 2 would be better, who expected the rating to drop slightly, down to only 1.8%. 2 dramas in a row with terrible ratings, if Love All Play doesn’t have a breakthrough in the future, Chae Jong Hyeop will soon have to join the rating poison club.

In Love All Play, Chae Jong Hyeop plays Park Tae Joon, a badminton player who always considers this sport as his main job to earn a living. On a beautiful day, Tae Joon’s team was suddenly cut off from the contract. At the same time, Park Tae Joon meets Park Tae Yang (Park Ju Hyun ), a promising badminton player. Due to an incident in the past, she took a break from badminton for 3 years, and now, she longs to return, deciding to join Tae Joon’s team.

Exploiting the topic of sports with the story of young people’s ambition, Love All Play is generally 1quite gentle, and lovely, with a hint of a youth film. The quality is not bad, but exploiting a familiar topic adds to the fact that there is no name “view sentence”, understandable as Love All Play is not known to a large audience. 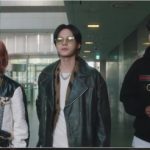