It is not difficult to make a rumor. Celebrities on the judging table are criticized even though there is no clear evidence.

EXO’s Chanyeol got caught up in gossip. The incident started when the bike influencer and YouTuber Jang Si-nae appeared on Channel S’s ‘Attack on Grandma’. Mr. Zhang Singh pointed out the reality of female drivers becoming weak on the road, and she shared an anecdote about her experience.

He said, “One day, while I was going to work on a scooter, a foreign car intentionally threatened to drive. I avoided it and even cursed at my finger. I approached to take the license plate number. I was struck by a window wondering why he was swearing while stopped at a signal. Danny covered his face and cursed with his finger.”

He added, “The moment his name comes out of my mouth, I may be buried.”As a result, the YouTube video that Jang Si-nae uploaded in March was re-examined. There is a video on the channel titled ‘The identity of the perpetrator was shocking’, and the video contains details of the situation at the time.

Some netizens went out to find ‘profanity idols’ based on the driver’s car model, fingers, and tattoos. Chanyeol was mentioned in the video comments. There was no comment saying, ‘It’s EXO’s Chanyeol’, but he indirectly mentioned Chanyeol by saying that he works hard and the weather is cold but hot ramen. If you read it vertically, Chanyeol-ah even reflected on it. The problem is that Jang Si-nae clicked ‘Like’ on this speculative comment. Currently, the window is closed so that you cannot comment on the YouTube channel.

SM Entertainment quickly denied the fact that Chanyeol threatened and abused a female driver, saying it was not true. SM said, “The person in the video is not Chanyeol. The vehicle is also different from Chanyeol’s car,” and said, “We will take strong measures against the spread of false information.”

It is not too late to criticize an error even after it turns out to be true. Jang Si-nae and SM are only making different claims. If baseless accusations continue without checking the facts, it is nothing more than a malicious witch hunt. 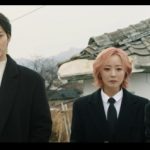 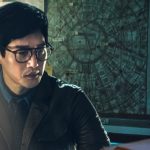