Seo Ye Ji and Seohyun,… are highly anticipated female leads in the near future with new projects

In the near future, the Korean screen will become bustling when welcoming the return of a series of beautiful and talented actresses in new projects. Let’s take a look at the goddesses that promise to overwhelm the drama industry in the near future.

Seo Ye Ji is one of the most anticipated beauties this year. Temporarily ignoring the scandals about love, most netizens recognize the actress’s ingenious acting ability.

Some of her films such as Potato Star 2013QR3, Lawless Lawyer, It’s Okay To Not Be Okay ,… all received relatively positive responses. Not to mention, flexible acting is also said to be a plus point from Kim Soo Hyun’s co-star.

This year, she will return with a new movie called Eve . The film exploits the family theme, the third person will definitely make viewers unable to sit still. The film will officially air on May 25 here.

In recent years, Seohyun has been quite active in acting. In particular, SNSD’s youngest member’s ability to impersonate a character is highly appreciated by fans.

In the near future, the actress will join Na In Woo to draw a sweet love story in KBS2’s Jinxed At First . With this project, Seohyun takes on the image of Seul Bi, who has the ability to see the future of the person she touches.

Although the work has not officially aired, through the poster, viewers are extremely excited by her beautiful and cute image. The film is slated to release in June this year.

After the success of ” True Beauty“, Moon Ga Young decided to return with a new drama called ” Link: Eat Love Kill ” by tvN. In addition to the actress, Yeo Jin Goo is the male lead leading this film.

Shedding her youthful and lovely image, this time, Moon Ga Young has put on a mature and poised image. In the film, the actress takes on the role of No Da Hyun, an unhappy girl who has an extremely difficult love life. Link: Eat Love Kill will officially air on June 6.

Another goddess who also receives the audience’s attention is Im Soo Hyang. The actress caused a storm with a series of roles in works such as Graceful Family, When I Was The Prettiest ,…

In this May, she will bring a new movie titled Woori The Virgin . Im Soo Hyang will take on the main role Oh Woo Ri, who has always seriously maintained her chastity before getting married but unfortunately became pregnant after an accidental artificial insemination while going for a medical examination.

Before the strange, somewhat absurd plot plus the ingenious acting of Im Soo Hyang, many viewers are excitedly looking forward to this performance of the female lead Gangnam Beauty . The drama will air on May 9 on MBC.

Above are three beautiful and talented goddesses that promise to make the Korean screen explode this may. Let’s wish the actors an excellent performance and more success than expected. 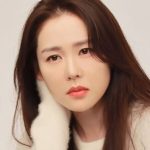 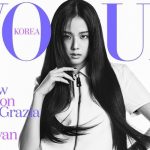