“Again My Life” Episode 11 Recap: brings more and more nerve-wracking details when Hee-Woo (Lee Joon Gi) and the nation fillers officially confront each other. Hee-Woo is extremely harsh, he warns his crush to stay away from politics or else he will put her under investigation.

At the beginning of episode 11 Again My Life, Jo Tae Seob (Lee Kyung Young) visited the president of Cheongha Group at the hospital and brought a surprise “gift”. Accordingly, the congressman revealed to the press that the chairman of Cheongha Group had been hospitalized for a long time in a very critical situation. This move of his wanted to force Chairman Kim to find an heir.

While Jo Tae Seob wanted his eldest son to be the successor president, because this was the one who shook hands with him, Chairman Kim expressed his desire to make his daughter Kim Hee Ah (Kim Ji Eun) be his successor. The two argued fiercely and neither gave way.

After returning empty-handed, Jo Tae Seob ordered chief prosecutor Kim Seok Hoon (Choi Kwang Il) to investigate Cheongha Group and arrest Chairman Kim’s youngest son on charges of embezzlement of public funds. . Knowing this news, even though he was hospitalized for treatment, Chairman Kim also had to go to Jo Tae Seob to save his son.

Here, the president gave up all his dignity and knelt down begging Jo Tae Seob to let go of all 3 of his children and not want them to get involved in politics. However, the congressman didn’t want to and at that time, Chairman Kim brought out a recording of the conversation between the two about Jo Tae Seob’s crime concealment when he was still a prosecutor.

After seeing President Kim off, Jo Tae Seob immediately sent his men and women to the hospital and silently “kill off” the president to heaven without leaving a trace. At President Kim’s funeral, Hee Woo ( Lee Joon Gi ) visited and he blamed himself for changing everything, causing Hee Ah’s father to die earlier.

Hee Woo’s apologized to his crush and promised to help her be chairman of their Company. surprised by his actions Hee Ah thought he was not at fault for this, but because of that, she gave her bodyguard an order to investigate information about Hee-Woo. Unexpectedly, Hee Ah discovered that a friend she knew owned a huge amount of money thanks to the process of investing in real estate and stocks.

She quickly met Hee Woo and asked about what he was doing. Hee Woo was not surprised when she suddenly asked such a question, because he had predicted this day would come.

He expressed his desire to peel off Jo Tae Seob’s mask, and at the same time, he would help Hee Ah become the next president smoothly, with one condition that after completion, Hee Woo wants Cheongha corporation not to get involved. to politics, otherwise he would not hesitate to arrest her.

To ‘cut off’ Jo Tae Seob’s arm, what Hee Woo needs to do is split up the congressman’s relationship with the chief prosecutor Kim Seok Hoon. Knowing that Jo Tae Seob considered the chair of the prosecutor’s office for another person, Kim Seok Hoon was angry and ordered Hee Woo to quietly investigate Bando bank – this is Jo Tae Seob’s financial bank. This action of Kim Seok Hoon is like creating a defensive card if his ally “turns over”, there is still a method to deal with it.

Undisclosed to Kim Seok Hoon, Hee Woo’s suggestion to investigate Bando Bank was the knife that threatened his life. Soon after, Hee Woo acted as a member of the congressman Jo Tae Seob’s faction and made it clear that his senior was secretly investigating his backyard. This move of Hee Woo has the purpose of making the two allies turn to ‘kill’ each other, and of course, the beneficiary is the person in the middle.

Let’s watch the next episodes of Again My Life, every Friday and Saturday. Before that what did you think about this episode? Voice out your thoughts in the comments section below. 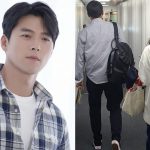 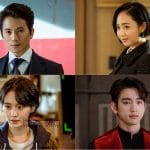