IU is the actress named No. 1. Besides agreeing on opinions, many people think that the actress’s beauty is not excellent to hold the first position, especially when her senior works like Son Ye Jin, and Song Hye Kyo,… are all walls of beauty over the years.

Before becoming an actress, she was known as a solo artist. Later, a number of works such as Moon Lovers, Hotel Del Luna, etc., played by her in the lead role, gained great popularity.

In this poll, Son Ye Jin was only ranked 5th. The female lead of Crash Landing on You is known by netizens for her ageless beauty. In 2022, she entertained the audience with a new drama called Age 39. Although the film did not achieve the expected success, the performance of Hyun Bin’s wife was still highly appreciated.

See more: a sweet moment of Hyun Bin and Son Ye Jin lovingly holding hands while walking on the street.

Behind Son Ye Jin is Song Hye Kyo. The actress has always been one of the beautiful walls of Kbiz. After the movie Now We Are Breaking Up, Song Hye Kyo is working on a new project called The Glory in collaboration with Lee Do Hyun. The work is still in the process of being completed and has not yet set an official broadcast date.

Suzy also excellently placed herself in 7th place. Recently, the actress caused a stir when showing off her goddess-like beauty at Baeksang 2022. In particular, when standing in the same frame as Park Bo Gum, Suzy’s beauty is more and more prominent. Lots of praise for the nation’s first love before this appearance.

Top 20 most beautiful Korean actresses of all time as voted by KingChoice: 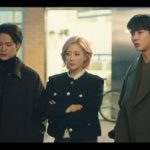