Seo Ye-Ji and Lee Sang-yeop, In the play, Seo Ye-Ji plays the role of ‘Lee Ra-el’, a fatal woman who has designed her revenge after her father’s shocking death in her childhood, while Lee Sang-yeop is the youngest member of the Republic of Korea to pay attention to and is willing to give up everything for his love. He is expected to play the role of Seo Eun-pyeong, a man.

Among them, on the 25th, ‘Eve’s side drew attention by revealing the two-shot stills of Lee Ra-el and Eunpyeong for the first time. The released stills contain images of Rael and Eunpyeong facing each other with different expressions. Unlike Rael, who is cold-hearted, Eunpyeong’s eyes, which are red as if her emotions are rising, catch the eye. In particular, Eunpyeong’s expression, which looks like she’s about to burst into tears at any moment, seems to show concern for Rael, raising interest.

On the other hand, Rael still draws attention as she turns her back on Eunpyeong. Eunpyeong can’t take his eyes off Rael’s back, but Rael shows a determined look that seems to have captured his heart, stimulating curiosity about what’s going on. This is the image of Rael and Eunpyeong reuniting after 13 years, raising curiosity about what happened to them 13 years ago. Furthermore, interest in the reason for the tears in Eunpyeong’s eyes as she looks at Rael is further amplified. 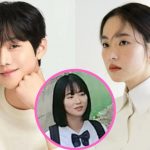 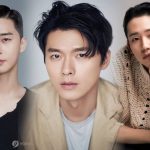