The video released on the 25th (today) starts with Seulbi (Seohyun) and Gong Soo-Hwang (Na In-woo) enjoying a date at an amusement park. Then, to the question of Smiledak (Hwang Seok-jeong), “How did you two meet?” Seulbi replied, “We met like fate.” To others, Gong Soo-Kwang is just an unlucky man, and to Seul-bi, he is the one and only prince.

Jinx’s Lover’ which will be aired for the first time at 9:50 pm on Wednesday, June 15, shows the side of Seohyun (Seulbi) and Na In-woo (Gong Su-gang) The second teaser video containing

On the other hand, when the two hold hands, attention is focused on whether Seulbi’s necklace shines brightly or what kind of secret it contains. Seulbi then said, “Our Soo-gwang will be a lucky man in the future!”

As such, the chaotic events that will happen to Jinx’s lover and Seulbi, who wants to be the goddess of good luck to such a karate maniac, are increasing the interest in the drama. It is a fateful meeting for some, but attention is focused on how the fate of Seulbi and Gong Su-gang will unfold, which is the beginning of misfortune for others.

Meanwhile KBS 2TV’s new ‘Jinx’s Lover’ is a fantasy romance drama about a human man and a goddess who jumps out of an unknown world to break the curse and overcomes a cruel fate. It is scheduled to premiere on June 15th (Wednesday) at 9:50 PM. 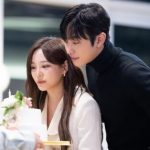 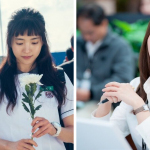