Kim Se Jeong shared that she has always been drinking pumpkin tea introduced by her brother Ahn Hyo Seop all the time.

Although the drama “Business Proposal” has ended, it still receives special love from fans everywhere, not only in Korea. The participating actors are also given special attention, including female Kpop idol Kim Se Jeong

Recently, Kim Se Jeong had a Livestream on Vlive to share and answer fans’ questions after her working day. In the words of the young actress, the audience was especially interested when she mentioned her co-star Ahn Hyo Seop.

Specifically, when her fan asked, “Do you still use pumpkin tea”, Kim Se Jeong did not hesitate to happily answer, “Every day I drink pumpkin tea recommended by Hyo Seop hyung. Still using it very well.

Besides the above interesting story, Se Jeong also said that the group chat of the Workplace Dating cast is still very active. It seems that despite being busy with their work and personal schedules, the two couples always find time to ask questions and take care of each other.

Even, the octopus revealed that she and Seol In Ah still meet often: “We see each other often. In Ah is very good. I love In Ah. In Ah, I love you. I feel I’m honored that you know that too. Of course, I’ve received a lot from Office Dating, but the biggest and happiest thing is In Ah.”

Before Kim Se Jeong’s cute sharing, many fans who love her have sent their love to their idols:

-She still uses the tea recommended by Ahn Hyo Seop, so cute.

– Hope to see the cast of Dating in the Office one day acting together again.

Fans send their best wishes to Kim Se Jeong and her family. Hope the actress has a lot of health to be able to release good products in the near future. 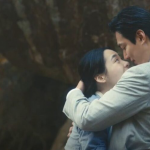