Ahn Hyo Seop, Hyun Bin, and Nam Joo Hyuk are the names leading the search in the first half of 2022.

The first half of 2022 has witnessed many outstanding events and works, attracting media and press attention.

Recently, according to a data taken from Google Korea, it has shown that 5 male actors have the most searches on this platform since the beginning of the year so far. The participating names surprised the audience.

Song Kang is a very prominent name recently after many hit works such as: Nevertheless, Forecasting love and weather, …

At the beginning of 2022, the handsome actor returned with the Love and Weather Forecast project in cooperation with beautiful sister Park Min Young. Although the film is not very famous internationally, the movie has extremely good ratings in Korea.

Initially, Song Kang has always been active in front of the media when regularly participating in photo sets and filming brand advertisements. It is known that shortly, he will have a large-scale fan-meeting across Asia.

After the great success of Our Beloved Summer, the name Choi Woo Sik suddenly became hotter than ever.

He is known as an actor with a rather “reclusive” life when he does not often appear in public. However, Choi Woo Sik still maintains a steady search and discussion level from the end of 2021 to the present, despite a series of hot movies being born. Currently, the actor is actively discussing and considering playing the main role in a Netflix TV project titled “The Murderer & The Toy”.

Right after the film ended, the director of the drama was given his best by the PR company. He has the opportunity to participate in many private activities and constantly sought after brands when appearing very regularly in the magazine. This is probably the most active and peak year in Ahn Hyo Seop’s career.

In early 2022, Korean showbiz and fans around the world had a riot before the wedding of the century of the couple “Crash Landing on You”.

It is not uncommon for the couple to become the focus of the media in the first half of 2022. Immediately after that, the images of Hyun Bin and Son Ye Jin at the airport and honeymoon in the US have always caused a fever in the online community.

Twenty-Five Twenty-One star leads with a high and stable search volume for many months in a row.

Although the drama has ended for a long time, the name Nam Joo Hyuk appears very rarely and there is almost no news. He didn’t even receive any interviews or appear in front of the media after the movie, but Joo Hyuk himself is constantly being named on major TV shows across the country. Surprisingly, the publications with Nam Joo Hyuk came back and sold out one after another due to the large volume of sales requests.

Let’s look forward to the upcoming projects of the Korean male gods in the future. 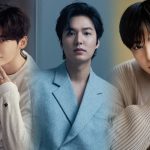 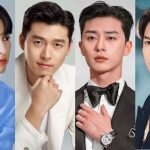