Actress Seo Ye Ji – the star of the drama “It’s okay to not be okay” – was sued by an advertising agency for damages due to her controversy.

On May 27, Busan Ilbo reported that Seo Ye Ji was having a legal battle with an agency where she was an advertising model last year. According to media reports, this agency and Seo Ye Ji’s agency, Gold Medalist, have been unable to reach an agreement on damages since last year, so finally decided to seek a court ruling. judgment.

Seo Ye Ji’s legal representatives maintained the principle that the various allegations she received last year were untrue, that there was no reason to cancel the contract, and that they had no obligation to pay damages.

Meanwhile, the advertising agency stated, “If the rumors are not true, the actress should explicitly refute the rumors. In the end, the actress did not make a clear statement to refute the claims, as a result, the brand image has been affected”.

In this regard, Gold Medalist told Maeil Business Star Today on May 27: “There is a difference of opinion among advertisers about the reason for the termination of the contract and the amount of compensation. We have tried to resolve the issue. resolved the matter in an advertiser-friendly manner, but litigation is ongoing due to huge differences of opinion.”

Seo Ye Ji’s agency then added, “With six other advertisers, we ended the contract amicably after discussions.”

Read Also: Hyun Bin and Son Ye Jin have just had a trip to Jeju Island with some close friends.

Many controversies surrounding Seo Ye Ji arose in April last year. She got involved in a scandal with her ex-boyfriend, actor Kim Jung Hyun’s excessive controlling behavior. In addition, Seo Ye Ji is also accused of being a school bully, forging study materials, and abusing her power over employees.

Seo Ye Ji admitted that she broke up with Kim Jung Hyun after dating him but denied the allegations of controlling behavior, school violence and falsifying academic records.

After about a year of stopping all activities for self-reflection, Seo Ye Ji will return to the small screen with the new tvN’s drama “Eve”. The film will open on June 1 in Korea. 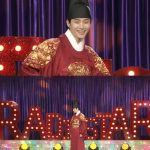 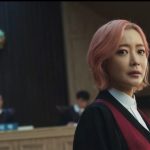