11 Hottest Kdrama in June 2022: Next June will have a lot of good Korean drama for the audience to watch.

Eve tells the story behind a 2 trillion won divorce lawsuit that shocked Korea. Seo Ye Ji plays the female lead Lee Ra El, who lost her father at a young age. She is the “director” behind it all, and everything she does is for a single purpose: revenge.

Broadcast schedule: Every Wednesday and Thursday starting from 1/6

The Dark Swan promises to be a successful work of Seo Ye Ji.

Broadcast schedule: Every Friday and Saturday starting from 3/6

Han Yi Han (So Ji Sub) is a very good doctor, but a failed surgery changed his life. Yi Han thinks that behind the patient’s death there is something wrong. Four years later, he practices as a lawyer specializing in medical litigation, and continues his efforts to bring the truth to light.

What will So Ji Sub bring in this comeback?

Oh, Soo Jae (Seo Hyun Jin) is a talented lawyer and is working for a leading law firm in Korea. She always wants to win every lawsuit and do everything to succeed. But one day, Soo Jae was forced to work as a teaching assistant at law school. Here, she meets Gong Chan (Hwang In Yeop). Gong Chan has a traumatic past, but in his chest is still a warm heart.

Broadcast schedule: Every Friday and Saturday starting from 3/6

National actor Hwang In Yeop will have his first lead in Why Her?

Link: Eat, Love, Die is a fantasy film about Eun Gye Hoon, a chef in a European restaurant, and a waitress Noh Da Hyun. One day, Gye Hoon inexplicably experiences very strange emotions. Turns out, it wasn’t his feelings but Da Hyun’s feelings.

Broadcast schedule: Every Monday and Tuesday starting from 6/6

The upcoming film of Yeo Jin Goo and Moon Ga Young has a novel script and promises to be very interesting.

The main character of Insider is Kim Yo Han (Kang Ha Neul) who is a trainee in the judicial branch. While investigating a corrupt prosecutor, he is turned into a pawn of the underworld.

To investigate a silver ring, Yo Han must play the role of a prisoner in a prison. But things don’t stop here when there are people who want him to stay behind bars forever. Later, Yo Han cooperated with wealthy businesswoman Oh Soo Yeon to carry out revenge and regain her purity.

Broadcast schedule: Every Wednesday and Thursday starting from 8/6

If you like “brain twisting” stories, Insider is the movie for you.

Yumi’s Cells Part 2 will continue the story of office worker Yumi from Part 1. For those who don’t know, Yumi is a girl who has trouble expressing emotions, and this drama goes in-depth in the description. the brain cells that govern all her behavior.

Broadcast schedule: Every Friday and Saturday starting from 10/6

Jinx’s Lover revolves around the love story of Goon Soo Kwang and Lee Seul Bi. Soo Kwang is a guy who always has bad luck in life. Everything changed when he met the goddess of luck Lee Seul Bi.

Broadcast schedule: Every Wednesday and Thursday starting from June 15

Jinx’s Lover is a movie for those who love pink love stories.

In a country named Daeho lived a noble family with the surname Jang. Jang Wook came from this family, but his strange birth became a topic for everyone to talk about. In the eyes of everyone, Jang Wook is just a troublemaker. But then everything changed for him after a chance meeting with Mu Deok Yi. Deok Yi not only became Jang Wook’s servant, but from her, he also learned how to fight.

Broadcast schedule: Every Saturday and Sunday starting from June 18

Image of Jung So Min in Alchemy Souls.

In “The youngest tycoon “, Song Joong Ki plays Yoon Hyun Woo, who is murdered by the same chaebol family he has served for 10 years. However, Hyun Woo came back to life in the body of Jin Do Joon, the youngest son in this noble family. From here, his revenge journey officially begins.

Broadcast schedule: Every Wednesday and Thursday starting from June 22

How will Song Joong Ki draw an impressive revenge plan?

The million-dollar mission is about a genius strategist and his associates. They plan to carry out an unprecedented heist, the target of which is a large mint. With the Spanish version already so popular and successful, hopefully the Korean version won’t disappoint as well.

Broadcast schedule: Every Friday starting from 24/6

Those who have loved the Spanish version of the million-dollar mission are definitely looking forward to the Korean version.

The movie The strange female lawyer has the main character Woo Young Woo, 27 years old, is a genius with an IQ of up to 164. Possessing a superior memory and outstanding creativity, however, she has a unique personality. in humans Asperger’s syndrome, a disease of the nervous system. Because of that, Young Woo always has difficulty communicating with people. Suddenly, she has the opportunity to try her hand at a leading law firm in Korea.

It is very interesting that in this movie, Park Eun Bin will cooperate with Kang Tae Oh, the actor who appeared on Vietnamese screens in the movie “Teenage” (played by Nha Phuong).

Kang Tae Oh and Park Eun Bin will work together in the drama “The strange female lawyer Woo Young Woo”. 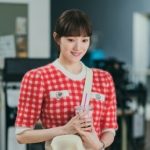 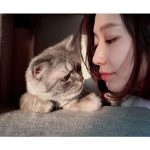