IU’s movie Broker received many compliments and criticisms from the audience.

Broker participated in the competition at the Cannes Film Festival 2022. At the premiere, the work received a 12-minute round of applause.

However, the work did not receive a positive response from the public. Most viewers feel disappointed after watching Broker. They thought that the film’s content was ambiguous and did not clearly understand the intentions of Japanese director Hirokazu Koreeda.

The audience found the script unrealistic and wasted the cast. However, a part still gave a couple of compliments to this work. Although the content is not clear, the film is bright and helps them to wish for happiness.

Currently, the film is still causing mixed controversy from the audience. But most viewers are not satisfied with this work:

– When I heard that Broker received 12 minutes of applause at Cannes, I was really looking forward to it. But after watching the movie, somehow I felt a bit disappointed. The actors’ acting are all good but sometimes I can’t hear the lines clearly. The content has no conflict, on the contrary, the film is simple and very gentle. I’m an emotional person, but there was only one scene that made me cry because I was touched.

– If it weren’t for the quality cast, I wouldn’t have watched until the end. Honestly, the plot of the movie is very vague.

– The work of director Koreeda will have a slow-motion film at the beginning. However, the characters in the movie always feel close to everyday life.

– I watched the first 45 minutes in a state of yawning and wondering: “When will the movie start?”. Honestly, I’m a bit disappointed, I think the script is not enough for the cast to show their full potential. 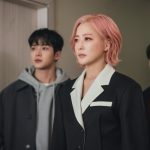 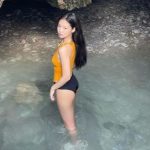