Seo Hyun Jin Why Her?: secret society in Why Her? Thanks to the good coordination and interesting knack of each member of the “secret society”, in the name of the legal consulting association in the drama “Why Her?”, Oh Soo Jae (Seo Hyun Jin) has begun her journey to take down the big man used to harm her. The tv series is showing on FPT Play.

The movie Why Her? – Why Oh Soo Jae? With captivating content and great “chemistry” between the main couple, the rating has surpassed 10% in Korea, even though it’s only been 1/4 of the way. Not stopping there, according to Good Data’s statistics, the goddess Seo Hyun Jin with her excellent performance also entered the top 10 “most mentioned small screen stars” for 2 consecutive weeks since her debut. premiere movie.

This remarkable work revolves around the journey to regain justice of the talented female lawyer Oh Soo Jae (Seo Hyun Jin). She had to temporarily quit her job and accept a job as a lecturer because she was harmed by bad guys. In the developments of the latest episodes, Oh Soo Jae decided to set up a support force in the name of a legal consulting center, aiming to bring down the big men who have harmed her. From the number of students at Seojung Law University, she secretly recruited an effective member. In addition to bravery, all 5 names that Soo Jae has in hand have their distinct colors in both their resume as well as the ability to “fight” with evil.

Holding an important position in connecting the remaining 4 faces, Gong Chan (Hwang In Yeop) is considered the core character of the group, always putting faith in every decision, Oh Soo Jae makes. He even fell in love with the female lawyer because in the past, when Gong Chan was suspected of murdering his sister, she was the only one who accepted his defense and fought to the end to save her client from prison. unjust.

Thanks to the experience of sitting in a stone house for a while, this young man knows quite a lot of gangsters and sisters, thereby helping Oh Soo Jae collect many invaluable sources of information that are floating on the black market. Moreover, he also acts as a rope holding the female lead, helping Soo Jae not to lose herself when confronting evil tycoons.

The oldest of the group (even older than Oh Soo Jae), Jo Gang Ja used to be an elite police detective. But because she was involved in an unknown scandal, she lost all credibility and had to find new opportunities in law school. Although extremely quiet, every word from this big sister’s mouth hit the heart of the matter and pierced the hearts of others.

As a former police officer, listening to investigative news or asking close juniors to collect evidence is “as easy as pie” for Gang Ja. She used to promote her knack when exposing the past of being caught buying sex of a professor who sexually assaulted Na Se Ryeon.

Possessing a good-looking appearance, Na Se Ryeon was once groped by a perverted professor surnamed Seo. However, instead of being silent and resigned like many other female students, she chose to denounce him at all costs. Having worked at the Internal Affairs Department of TK Law Firm, where Oh Soo Jae works, she sympathizes with the situation that the female lawyer is facing.

Taking advantage of her sweet beauty, Se Ryeon quickly proved her usefulness when she used a beautician to get into the security department on the TK side, taking data extracted from the camera to serve the whitewashing of her lecturer. , that Oh Soo Jae did not incite the victim to commit suicide as the media claimed.

Despite having a bright, idol-standard appearance, Nam Chun Poong stumbled on the way to joining Kbiz. After his dreams of becoming a kimchi idol collapsed, he was determined to study hard and dream of becoming the future president of the Republic of Korea.

With a well-to-do family, the owner of a net shop plus a bunch of juniors who are good at computers who always support enthusiastically, looking forward to netizens’ dramas or behind the scenes of showbiz are Chun Poong’s strengths. In particular, he scored first in the case of whitewashing for teacher Soo Jae. By finding a clip recorded by an anonymous YouTuber, he proved that the victim did not commit suicide but was killed by someone else and then staged a fake scene.

As a sloppy young man who has a reputation at school, Yoon Sang will soon make the audience stunned by his terrible body: the son of the president of Korea’s leading law firm TK Choi Tae Kook (Heo Jun-Ho). Except for Oh Soo Jae, no one else in the group knew about the shocking secret.

As a skilled member, Yoon Sang’s element contains many unexpected elements due to his status

Although he is the blood of a sworn enemy with the female lead, Yoon Sang deeply respects Oh Soo Jae and always tries to avoid the matter of succeeding his father. Although currently only responsible for helping his friends realize the tricks of the professional legal world, this character promises to play an important role later and greatly influence the main storyline.

Gathering talented and brave members, Oh Soo Jae’s legal consulting center is guaranteed to be an effective hand by her side throughout the journey to unmask the corrupt big men. Let’s look forward to the episodes of Why Oh Soo Jae? followed by increasingly dramatic developments. 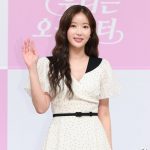 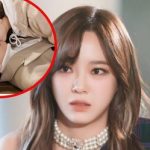