Why her? In Episodes 6-7, The third person interrupted her love affair – the game between the main couple, and the killer who killed Gong Chan’s sister was still out of the law, those are just two of the many impressive details in Why Her?.

With increasingly dramatic content, the journey to expose those who once pushed themselves from the position of a prestigious representative lawyer at TK Law Firm, a leading law firm in Korea, to the feet of a lowly lecturer of Oh Soo Jae (Seo Hyun Jin) where the series Why Her? continued to conquer the K-drama fan community last week.

In particular, in the two episodes that have just aired, in addition to the story of the female lead planning to take revenge on powerful men, the brainchild of director Park Soo Jin also brought many unexpected twists and turns that were unexpected guessed by the majority of viewers.

After a long time comfortably “listening” to female lecturer Oh Soo Jae, student Gong Chan (Hwang In Yeop) has now encountered a formidable opponent on the way to conquering her heart. It is Choi Yoon Sang (Bae In Hyuk), a classmate and son of TK Company President Choi Tae Guk (Heo Jun Ho).

Although he has the blood of the person that Oh Soo Jae hates, she loves Yoon Sang very much because he is the complete opposite of the evil father, who always chooses to stay out, determined not to get involved in family affairs. Similar to Gong Chan, this young man is also disturbed by the confident and strong demeanour of the big lawyer.

Therefore, Yoon Sang could not hide his jealous eyes when Gong Chan “came around” with the person he liked. Gathering all his courage, he surprised the audience by asking Oh Soo Jae not to be weak in front of the other student, and at the same time ready to support the heroine to confront his biological father if she would cut off her love – this game.

It seemed to spend most of the time supporting the two uncles who manage the restaurant or finding a way to “saw” the big lawyer, however, 2 episodes of Why Her? The latest shows that Gong Chan is still quietly investigating the death of his sister – a horrible murder that made him suffer unjustly, was battered by society and ruined his family.

According to Gong Chan, he believes the real killer has never been caught by the law. The story is more dramatic because the name of the chief prosecutor in charge of his trial in the past is President Choi Tae Guk. When the case was closed, he immediately resigned and went out to establish TK Law Firm.

Therefore, the heart of Gong Chan is always afraid that Oh Soo Jae is a noble heroine who dares to accept her defence? Or is it all just a play choreographed by Choi Tae Guk, and she cooperates? with “deep acting” in exchange for a position at his company?

The father-in-law-daughter-in-law relationship is shocking

In addition to the two twists mentioned above, the movie Why Her? also made the Korean movie fan community stir up before the past that Oh Soo Jae didn’t want anyone to know: she used to love Choi Tae Guk’s eldest son Joo Wan, even got pregnant and planned to marry him. Of course, the “last boss” would never accept a daughter-in-law with a low family background.

After luring Oh Soo Jae to the US to give birth, he immediately organized a wedding for his son with another woman. Because of the shock, she suffered a miscarriage and depression for a long time. This is the reason why she turned into a cold, thorny female lawyer. Although extremely hateful to their father and son, Oh Soo Jae still decided to return to serve the company TK to wait for the opportunity to take revenge.

To hide that secret, Choi Tae Guk had to extend his arms to welcome the “missing daughter-in-law”. Moreover, keeping Oh Soo Jae with him also makes it easier for him to control this danger, and at the same time uses her talent to enrich himself.

Doubt that the daughter of the female lead is not dead?

In particular, in the latest development, Oh Soo Jae accidentally was revealed by the wife of her eldest son: the lovely little girl Choi Jae Yi was not her biological child. Plus the fact that she’s quite similar in age to her untimely daughter, she suspects the sly chairman has fabricated the miscarriage results.

Although the work has not provided more evidence to support the recent hypothesis, that possibility is entirely possible. Famous as a master of mind manipulation, Choi Tae Guk would not be afraid to surpass Oh Soo Jae, taking the child to raise in order to easily control the heroine if she plots to betray.

So, if Oh Soo Jae’s daughter is indeed being controlled by this guy, then her confrontation with him is like putting herself in a difficult position. The film has only gone less than half of the way, the future of the mind battle between Soo Jae and the tycoon Tae Guk, the solution to the investigation of Gong Chan’s sister’s killer and the end of the love triangle promise to be the best of both worlds. contains many exciting turning points to come. 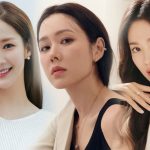 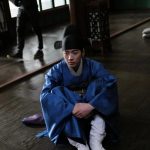