After years of hard work on the screen, Song Hye Kyo not only brought home the title of “pearl” of Korean cinema, but she is also becoming a name that guarantees hotness with a ” terrible” influence. up against Kpop idols.

Who said that actors when going to events will sink, Song Hye Kyo is here and will prove the opposite. Every time she appears at the event of the high-end jewellery brand Chaumet, the brand’s Ambassador – Ms Song causes a storm about her beauty and makes people talk.

On the morning of July 3, Song Hye Kyo blew up the internet when she appeared at Chaumet’s event held in Paris as an Ambassador. The actress made people admire her unceasingly complimenting the image of a luxurious but sexy black swan, aristocratic but modern. Wearing a black outfit including a 2-string crop top and a floating tulle skirt, the actress showed off her ant waist, slim shoulders, and collarbones. Song Hye Kyo’s beauty that day was also promoted in many parts thanks to the low bun hairstyle highlighting her slender neck and luxurious emerald necklace, her gentle makeup face

In early April, Song Hye Kyo attended the High Jewelry La Nature En Mouvement event of Chaumet luxury jewellery company. Appearing at a high-end event for the first time with a new hairstyle – a chin-length bob, Song Hye Kyo made people fall in love with her sharp but mature appearance. It’s still a 2-piece dress that shows off her collarbone, but when Mrs Song changed her accessories, hairstyle and makeup, the visual with pink lipstick became gentle and loving.

Referring to the times when Song Hye Kyo caused storms in Chaumet, the event was held in Monaco in mid-July 2019. That time, Song Hye Kyo changed up to 2 dresses in the same event, causing domestic and international media to simultaneously focus their attention on the super strange and disruptive smoky makeup face. The image of a female pearl showing off in a white V-neck dress with a deep slit until now, people still have to praise because of the sexy personality that seems to be difficult to see from Song Hye Kyo.

However, the remaining outfit on the red carpet did not receive the same positive effect as the above white dress. The dark blue and purple dress has a deep slit neck that shows off the actress’s sexy bust, but when combined with long curly hair, it makes Song Hye Kyo somewhat “daunt”. In addition, the silver high heels were considered unsuitable for the overall look that day, making Ms Song’s appearance unpretty and unattractive.

In October 2019, Song Hye Kyo appeared at the Chaumet Korea store to congratulate the company on reopening in this market. Compared to the above events, Song Hye Kyo’s figure that day was somewhat simpler and more mature. She wears a black skirt with a waistline, curls her hair and nude pink lipstick makeup, creating a stable overall 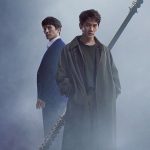 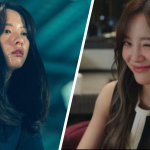