Top 10 popular Korean actors in July: the main cast of the movie extraordinary attorney Woo all ranked high in the top 10 searches.

Up to 5 actors in the drama entered the top 10 most searched.

Extraordinary attorney Woo at the time of episode 1’s broadcast, the rating had not yet reached 1%, but it is true that “it is a long way to know a good horse”, the more the drama is shown, the more it attracts the audience thanks to its close and honest content. and very humane. Based on the latest statistics, episode 8’s rating is close to 15%, ranking first among works in the same time frame.

It is no exaggeration to say that the extraordinary attorney Woo is the most worth-watching movie at the moment.

on is quite surprising that the female lead Park Eun Bin, who takes on the role of autistic female lawyer Woo Young Woo, is only ranked 2nd on the whole table, the person who surpassed the beauty of the Park family to take the first place is none other than Kang Tae Oh. The actor is causing fever and is being spread by word of mouth most recently.

Just scrolling through any social networking site, the guy with his role has received an extremely high amount of interaction, so much so that everyone wishes to have a lover who is both warm and handsome like Lee Jun Ho In the movie,

Kang Tae Oh, after many years of struggling in the profession, finally turned up.

The girl “Spring sunshine” in the Weird Female Lawyer Woo Young Woo is gaining a lot of sympathy from the audience.

In addition, the actors in the drama ” Alchemy of Souls” also ranked quite well in this statistics table. Accordingly, the female lead Jung So Min ranked 3rd, Lee Jae Wook and Go Yoon Jung ranked 6th and 10th respectively.

Although at the time of its broadcast, the film encountered a lot of criticism, even being accused by netizens of plagiarism from costumes to content, but over all, Hoan Hoan still became the hottest hit work today. .

along with Seo Ye Ji ranked 5th and 9th respectively. 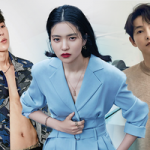 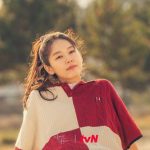