Big Mouth revolves around the lawyer Park Chang Ho (Lee Jong Suk). Park Chang Ho often fails in lawsuits, being mistaken for the killer ‘Big Mouse’ because of his homonymous nickname ‘Big Mouth’. Right in episode 1, as introduced, Park Chang Ho was described as a lawyer who is only good at talking but not good at doing. 7 days ago, he was defeated in court despite the trust of Go Mi-Ho (Yoona), who even took out a personal loan for her husband to win.

Back in the present, on his wedding anniversary, Chang Ho causes a serious car accident. At the end of the film, the male lead’s lines made viewers curious:  “But when I woke up, I immediately became a different person. Become the most despicable, dirtiest person in the world.

The trailer for episode 2 begins after the tragic accident that Chang Ho caused. While the guy was taken to the emergency room, the police were at the scene to investigate the incident.

Soon after, Park Chang Ho was arrested and very confused as to what was happening. In the chaotic scene, Go Mi Ho tried to reassure her husband and reminded, “You have to be really vigilant.”

Whatever happens, Park Chang Ho has been misunderstood as the crime boss Big Mouse. In the interrogation room, he was asked: ‘Are you Big Mouse?’.

After only 1 day, ‘Big Mouse’ Park Chang Ho became famous. Even the owner himself had to exclaim: ‘Even in a dream, I didn’t think I would become famous this way’.

Not to mention the news on television, the prisoners also eagerly ran to see Big Mouse’s face.

In the prison, Park Chang Ho meets two types of people. One is Jerry (Kwak Dong Yeon) who is a fan of ‘Big Mouse’, even drew a picture of a mouse on his wrist and was very happy to meet the ‘idol’. Two are former prisoners who like to bully the ‘new ghosts’. The second category in the prison was extremely crowded and because of that, the lawyer named Park was beaten and tortured a lot in prison.

The violent and cruel prisoners tormented Chang Ho, and overbearingly declared: ‘This is the only place in Korea where there is no need for the law’. He was beaten a lot and tried to fight back, but what Park Chang Ho received in return was only more injuries and contempt.

At the end of the trailer he wondered: ‘Who in the end? And why did they make me Big Mouth?’.

After one night suddenly turning into a crime boss, how will Park Chang Ho deal with this situation? Is this just a misunderstanding or some force is deliberately harming Park Chang Ho?

Watch the next episodes of Big Mouth airing at 21:50 every Friday and Saturday night on MBC. 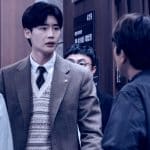 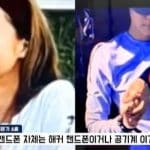