The first episode of tvN’s ‘Little Women Kdrama, which aired on the 3rd, recorded a rating of 6.4% and was well received.

First, Oh In-Ju found the body of Jinhua-Yeong (Choo Ja-Yeon), who had been bullied at the company as well. The second reporter, Oh In-Kyung, followed the past track of the mayor of Seoul. The third, Oh In-Hye, who is a painting genius, found out that she had been paid by the friend’s mom while painting her paintings together at her friend’s house in her wealthy family.

‘Little Women’ is a drama about three sisters who are poor but grew up friendly, and face the richest and most powerful family in Korea in their own way. It is the work of writer Jeong Seo-Kyung, who has written the movies Decision to break up, ‘The Handmaiden, and the drama ‘Mother’.Meanwhile, “Little Women” takes over tvN’s Sat. & Sun. 21:10 time slot previously occupied by “Alchemy of Souls.” will it surpass the popularity of alchemy of souls? It airs every Saturday and Sunday at 9:10 pm. 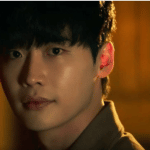