Hyun Bin said that he is nervous, and looking forward to the day his first child is born. Recently, Hyun Bin shared with press reporters about his life after marriage to actor Son Ye Jin and his mood when preparing to welcome his first child.

‘It still feels unreal! People around me told me that everything only becomes more real when I see the baby in front of my eyes, holding my lap. I’m nervous and looking forward to meeting my baby. This is a great blessing in life,’ he said.

Hyun Bin revealed that he is promoting his new movie ‘Confidential Assignment 2: International. ‘I filmed this very hard so I want more people to enjoy it. The next project has also been confirmed so I am preparing for my role. I still carry on with the normal rhythm of life that I have,’ he confided.

Read Also: “How can you be so pretty?”… Actress Han Hyo-Joo admired her beauty (photo)

Before that, at the end of June, Son Ye Jin also announced her pregnancy with her first child. The actress of “Crash Landing on You” said that she is going through the slowest, most idle time in her life. Currently, Son Ye Jin is very happy because she has worked hard for the past 20 years.

Recently, the actress refused to participate in entertainment activities but actively interacted with fans on social networks. The star of ‘Crash Landing on You’ posted everyday moments of the couple, meals for two made by herself in the kitchen, moments of leisurely walking the dog…

Son Ye Jin is an A-list star of Korean showbiz when participating in many popular projects such as: ‘Classic’, ‘Summer Perfume’, ‘Moment to Remember’, ‘Lonely in Love’, ‘Sister’ nice to buy delicious rice for me’…

The couple officially returned to the same house on March 31.

The couple Hyun Bin and Son Ye-jin both have successful careers. The two first collaborated in the crime investigation drama ‘Life and death negotiations’ in 2018. They were rumored to fall in love after co-starring in the movie ‘Crash Landing on You’.

On March 31, the “popular” couple officially became husband and wife with a private and private wedding at the Aston House outdoor villa area of ​​the Sheraton Grand Walkerhill hotel. 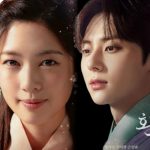