Which Alchemy of Souls Character You Are? You Might Not Be Cheonbugwan Material, But Let’s Find Out

Alchemy of Souls has made history in the fantasy genre for Kdramas and we have loved every bit of the show that never failed to surprise us. Who would have thought that this show will make us eagerly wait for its release every week just after one episode? We got hooked on this show and we are proud of it.

Earlier it was confirmed the return of the show in December 2022 which gave fans a wonderful surprise right before the final week of the show. While it was always known that the show will have two parts, there was no news about the release date of season 2 until just recently.

With the new female lead Go Yoon-Jung along with the same cast members, fans are having a hard time saying goodbye to their beloved Jung So-min. But after the release of the season 2 preview at the end of Alchemy of Souls episode 20, fans are now eagerly looking forward to what the new female lead will bring to the show.

The preview has got fans excited for the sequel which brings the cast a more mature look as the schemes continue to create chaos in Daeho. A reborn Jang Uk who is powerful, a revengeful Jin Cho-Yeon, the mature crown prince, Seo Yul, and Park Dang-gu, all have only added fuel to our excitement and we cannot wait for December to arrive.

The preview clip has already got us making assumptions and what is to happen while we see a powerful Jang Uk use Naksu’s sword to kill soul shifters in the video. The tension has risen and we cannot wait for the upcoming season. And also Naksu is seen In white standing in the background seems like the house background of Jinyowon’s house.
Naksu in the Soul and Mudeok the jin Priestess have finally gained her spell-casting powers back and that leaves us with the question- will she leave her dear ones to die? In the last episode, we saw how mudeok ran to kill herself after stabbing Jang Uk and ending his life, and in the end, two women were able to remove A sinking Mudeok who is believed to be Jin Cha-Young Bodyguard.

As we witness the last episode of Alchemy Of Soul many questions are left un-answer. What will happen between Naksu and Jang Uk and their lifetime promise of staying by each other till the end, knowing the truth behind the secrets of Jang Uk and Mudeok however, Seo Yul has so far turned a blind eye. How will he react once he learns of the recent development of Naksu’s powers? Will his affection stand in the way of justice or will he be heartless as the mage of songrim? Meanwhile, the crown prince, Seo Yul, Park Dang-gu, and Jang Uk will their relationships turn into nemesis?
Meanwhile, the fake Queen and Jin Mu conspired against Songrim to save themselves and let the power of the ice stone be for everyone are not to be seen. Will Crown Prince work with the Evil Jin Mu in favor of his desire or will he close his eyes and kill his teacher?
All this and much more await the fans of the show in the Second Season in December 2022. Are you waiting for the Next Season of Alchemy of Souls? What are your thoughts on the last season and what are you expecting in the Next Season? Let’s meet in the comments section below.

You Might Not Be Cheonbugwan Material, But Let’s Find Out Which “Alchemy of Souls” Character You Are

How do others describe you? You are Jang Wook, noble but you have bad-tempered, sometimes you are mischievous and have a secret about your birth that is talked about by people all over the country. You are Moo Deok known as the best saleswoman in town. You possess a charismatic soul but have a weak body that does not follow your will. As a person who becomes Jang Wook’s attendant and secret teacher, you teach your master Jang Wook in a heinous way.

You are Seo Yul a genius nobleman from the Seo clan. You have a beautiful face and Soul and have a dull sense of reality due to being overly perfect. You excel in areas such as literature, personality, and appearance and have a secret love for a girl.

You are Go Won, a grumpy Crown Prince. You aim to be a generous and benevolent monarch but end up discovering your inner feelings towards yourself after being discovered by Moo Deok. You are Cho Yeon, the youngest daughter of the Jin family and the most celebrity in Daehoguk. On the surface, you seem colorful and lively but in reality, you possess a childlike innocence.

You are Park Dang Gu, the successor to Songrim. You are Park Jin’s nephew. Even though you are part of the top 1% of wealthiest people in Daehoguk, you are better at playing and getting along with people, rather than listening to a business class. 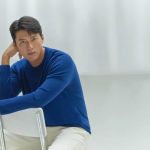 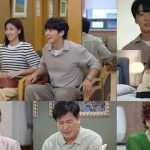