Song Joong-ki, who will lead “The Youngest Son of a Conglomerate, playing the role of the son of a chaebol, took a Current photo wearing glasses suit Wearing still phat Song Joong-ki

Song Joong-ki surprised fans with his unchanged appearance. He recently gave a Cameo appearance in Little Women who work at the store where Kim Go Eun Come inquiry. Netizens couldn’t get over the cameo and loved seeing two of the best actors in Korea interacting on the screen.

Meanwhile, Song Joong-ki thanks Hijimon Studio Instagram for the past 7 days of Posted messages and photos. He appeared on the set of JTBC’s new drama, ” The Youngest Son of a Conglomerate,” and took a photo in front of the arriving snack cars.

Song Joong-ki said, ” Thank you to everyone. Thanks to him, I shot it. Always thanks,”he said. His appearance stood out as much as a polite greeting.

Song Joong-ki wore silver-rimmed glasses in a neat suit. It’s a fashion item, glasses, that makes his handsome face stand out more. I did it. 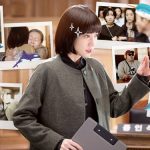 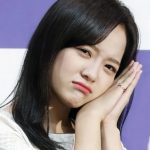