On the Chuseok holiday, which star looks best in hanbok?Stars who beat Park Bo-gum, Kang Daniel, and Lee Seung-gi to take first place

Read Also: Jimin and Song Da Eun are rumoured to be a couple, ‘How does BTS react to actress Song?

Jimin of BTS, who was chosen first, is the main dancer and lead vocalist of BTS with his dancing skills and outstanding singing ability, who entered the dance department at Busan Arts High School. In particular, Jimin made a lot of effort to spread Korean culture to the world, making domestic fans proud.

At the ‘2018 Melon Music Awards’, Jimin garnered a lot of attention when wearing hanbok and performing a traditional Korean fan dance performance.

After that, Jimin showed off hanbok as a stage costume several times. The hanbok worn by Jimin is on display for free at the Chuncheon Raviebel Country Club, known as the first hanok golf course. 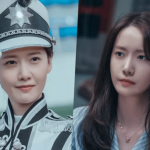 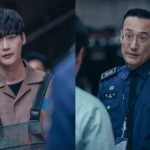