Lee Moo Saeng and Park Hae-jin Deny Involvement in Drug abuse, While a male actor in his 40s was arrested for drug use in broad daylight on Chuseok, and shocked, the reckless ‘catch a live person continues, causing frowns. Actors Lee Moo-Saeng and Park Hae-Jin, who were caught up in the outrageous rumors, went out of their way to deny it, saying it was a “false fact.”

According to the police, the Gangnam Police Station in Seoul urgently arrested a man in his 40s at his home in Nonhyeon-dong, Gangnam-gu, Seoul around 2 pm on the 10th, Chuseok, on charges of violating the Narcotics Control Act.

The police were dispatched to 112 after receiving a report saying “a man who appears to be drugged and running around” tested positive for a simple drug reagent test on Mr. A, who was caught at the scene.

Person A, whose speech and gait were unstable at the time of arrest, had vomit marks around her mouth, and dozens of pills were also found in A’s house, and the police are said to have started an investigation.

Mr. A, who debuted as a supporting actor in a drama in 2006, is said to have appeared in several movies and dramas since then. The incident shocked me.

In particular, based on the fact that Mr. A is a man in his 40s who debuted in 2006, reckless speculation continued, sparking sparks among the actors. In particular, Lee Moo-Saeng Park Hae-jin was suddenly mentioned as an actor in his 40s on drug charges and suffered damage. Both sides announced that they had nothing to do with the incident and announced a strong legal response plan.

Lee Moo-Saeng, who was born in 1980 and debuted in 2006 with the movie ‘After School Rooftop’, made an unusually urgent official position at the dawn of the 11th when rumors spread that the actor in his 40s was Lee Moo-Saeng.

Lee Moo-Saeng’s agency, Alien Company, emphasized, “We have confirmed that false information is being spread indiscriminately through online communities and social media due to suspicions that he is an actor Lee Moo-Saeng in relation to a male actor in his 40s who is currently arrested for drug use.”

In addition, “Actress Lee Moo-Saeng clearly states that he has nothing to do with this case, and informs that if the spread of unfounded false facts continues, we will take strong measures through legal procedures.” “We will continue to do our best to protect our actors I will,” he said.

Then, sparks flew at Park Hae-jin. He is also an actor in his 40s who was born in 1981 and made his debut in the 2006 drama ‘Famous Seven Princesses’. He just moved his agency and stopped SNS activities in June, as if it was related to this case, further fueling his rumors.

Park Hae-jin’s agency Artist Company said, “Recently, through online communities and social media, we have confirmed that the false information that actor Park Hae-jin is related to a male actor in his 40s who was arrested for drug use is being spread recklessly.” Park Hae-jin reveals that he has nothing to do with this case.”

They said, “If the dissemination of unsubstantiated false information continues, we plan to take strong legal action against those who wrote and disseminated the content.” We inform you that we will take strong measures against malicious acts such as spreading rumors.”

As they said, Mr. A, who was arrested on drug charges by the police, has absolutely nothing to do with Lee Moo-Saeng or Park Hae-jin. It means that actor Aman suffered damage due to reckless speculation.

Actor A, who has been active in dramas and movies, has not been active since last year’s drama. The currently operated SNS has been changed to private.

A close aide said, “Mr. A has been complaining of stress and mental and physical anxiety around her.” Mr. A is said to have caused concern around her when she recently complained that she had panic disorder, while also confiding that her health had also deteriorated. 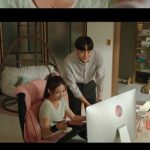