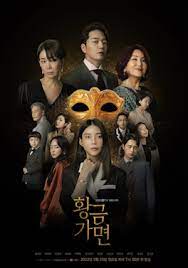 On the KBS 2TV broadcast screen ‘Gold Mask’, which aired on the 13th, Seo Yoo-ra was depicted in a car accident.

While Seo Yoo-ra was going to meet Yoo Su-Yeon, she was hit and run in front of Yoo Su-Yeon. Yoo Su-Yeon immediately called for rescue, but Seo Yoo-ra died in the end.

Cha Hwa-young, who returned home, breathed a sigh of relief in the place where she was alone. Afterwards, he laughed, saying, “Gear this way, you dare to threaten someone.”

On the other hand, Cha Hwa-young was anxious about not being able to collect the video evidence of her evil deeds, saying, “There is definitely something in the necklace.”

The necklace was owned by Yoo Su-Yeon. It was what Seo Yoo-ra gave to Yoo Su-Yeon before she lost her mind. However, at the end of the broadcast, Seo Yoo-ra, lying in her hospital room with a respirator on, was revealed. It is presumed that Yoo Su-Yeon caught on to Cha Hwa-young’s thoughts and disguised Seo Yoo-ra’s death.

On the other hand, Kang Dong-ha and Yoo Su-Yeon are witnesses to Ko Dae-cheol and Noh Young-ji ‘s marriage registration. The two were taken aback by the unexpected meeting. Kang Dong-ha was worried about Yoo Su-Yeon, who witnessed a car accident, and showed affection.

Hong Jin-ah witnessed the two of them together. Because she had a location tracking app installed on her phone. Hong Jin-ah called to see Kang Dong-ha and asked, “Where are you?” She lied to Kang Dong-ha, saying, “It’s the company. I’m in a meeting.”

Hong Jin-ah, indignant at this, stood between the two of them. He called for a riot, saying, “Didn’t the two of you keep meeting without me knowing?” Hong Jin-ah shook Yoo Su-Yeon’s shoulder and wrote, “Did you flirt with my brother again? How long are you going to cling to my brother?”

The situation was settled with the appearance of Go Mi-sook, Kang Dong-ha’s mother. Kang Dong-ha led Hong Jin-ah to the company. He explained, “I went as a witness to my uncle’s marriage registration. We met without knowing each other’s coming,” but Hong Jin-ah did not believe it.

Next, Kang Dong-ha said, “Think for a moment if I would have done it if I had to. Isn’t it because I’m acting like this today?” In response, Hong Jin-ah said firmly, “Don’t blame me for what you did wrong.”

Kang Dong-ha nailed it, saying, “If you have any questions in the future, don’t ask them.” Hong Jin-ah did not leave despite his words, “I have to work, so please leave.” He said, “I can’t trust you from now on. I’ll wait until you get home from work,” and sat down on the sofa in the office. 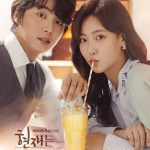 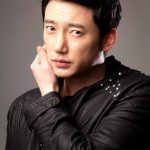