IU the Golden hour: Sell thousand of Concert tickets within few hours, and she will be the first female singer in Korea to hold a solo concert at Jamsil Main Stadium.

The record was renewed on Mnet’s ‘TMI NEWS SHOW’ (hereinafter ‘TMI News Show’), which was broadcast on the 14th! K-pop’s first & best BEST 5 rankings have been released, On this day, IU ranked 3rd on ‘K-Pop First’.

Among the surveys that show the measure of celebrity popularity, IU was listed in all three categories, singer, talent, and idol, and became the first in the entertainment industry to become one of the top performers.

Since then, IU has been the first female singer in Korea, including solo and group, to hold a 360-degree concert, the largest ever, in 2019. Her 10th anniversary tour concert, which took place over two days, sold out about 28,000 seats in the first minute of ticket opening.

A place where top artists such as HOT, Beyonce and BTS have passed. All seats for this concert were sold out within an hour of opening. It is known that the number of concurrent users reached 400,000.

How much is IU’s concert sales? The number of spectators in the two performances was about 130,000, and when calculated using the price differential system, it was reported that the amount was estimated to be a whopping 11.35 billion won.

Meanwhile, IU will hold a solo concert ‘The Golden Hour: Under the Orange Sun’ at the Olympic Main Stadium in Jamsil Sports Complex, Songpa-gu, Seoul on September 17th and 18th.

IU’s solo concert ‘The Golden Hour: Under the Orange Sun’ is a performance that means that the moment you spend together will be a blissful time in itself by providing new and diverse stages to the fans with the limitless spectrum of IU’s performance. 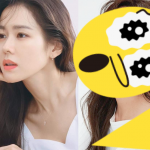 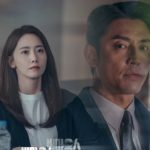