The tvN Wednesday-Thursday drama ‘Adamas‘ to Aired its last Episode on (15th).

‘Adamas’ is a drama depicting the truth tracker of two and one twin brothers, a brother looking for the real culprit in order to clear the frame of his father who killed his stepfather, and a younger brother looking for Adamas as evidence of murder.

In the 15th episode of ‘Adamas’, which was broadcast on the 14th, the twin’s Song Soo-Hyeon (Ji-sung) and Hau-shin (Ji-sung) were drawn into the final operation to catch Team A.

Read Also: Quiz: Which Big Mouth Characters Are You

Song Soo-hyun found out that the figure he had received from his stepfather in the past was actually a gift from Lee Chang-woo (Jo Seong-ha), and that it contained the real Amadas.

Read Also: Actor Kim Min-Cheol is to get married in October to a non-celebrity beautiful bride.

Song Soo-hyeon and Hau-shin put their heads together to summon Lee Team Leader (Oh Dae-hwan), the enemy who killed the stepfather. Hausin proposed a deal to Eunhye-soo and tried to summon Team Leader Lee.

The Special Force tried to attack Team A, but was ambushed by the presence of an internal spy. In the process of catching the spy, Chang-Woo Lee was killed. Fortunately, with Kim Seo-hee (Lee Soo-kyung)’s quick response, the remaining ones survived.

Kim Seo-hee, who came to the scene, noticed that the person in the special edition was Hau-shin, not Song Soo-Hyun. Song Soo-Hyeon infiltrated Team A’s hideout alone, and a face-to-face meeting with Team Leader Lee was foretold there. Attention is focused on whether Song Soo-Hyun and Ha Woo-shin will be able to win the fight for justice by taking over the team leader. 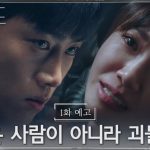