Lee Jung-Jae Squid Game actor to work in Hollywood, the media announced surprising news on the 9th Korean time, that is, Lee Jung Jae, who was nominated for the Emmy Award for Best Actor for Squid Game, will star as the main character of the new Star Wars series the Acolyte.

The series’ mascot, Yoda, and the series’ mascot, the “Mandalorian” series, which gained great popularity through a baby character of the same race, as well as the prequel’s Ewan McGregor and Chris Hastensen, are continuing to release series such as ‘Kenobi‘.

The Star Wars series is unraveling various stories that could not be shown in movies through Disney Plus.

Although Gyeonjadan and Kangmun have already appeared in ‘Rogue One‘, this is the first time in Star Wars history that an Asian will take the lead.

‘Acolyte’ is known to take place 100 years before ‘Star Wars Episode 1: The Unseen Danger‘. It is commonly referred to as the Star Wars prequel, and the detailed story is shrouded in veil.

In Korea, the Star Wars franchise does not exert much power. However, interest is gathering in how well Lee Jung-jae’s Star Wars will work. 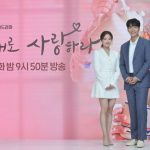 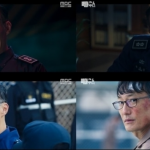