IU held her solo concert ‘The Golden Hour: Under the Orange Sun’ at the Olympic Main Stadium in Jamsil Sports Complex, Songpa-gu, Seoul on the 17th and 18th.

In ‘The Golden Hour: Under the orange sun’, IU performed ‘Eight’ and ‘Celebrity’ one  after another, opening the show coolly.

Then, in ‘Strawberry Moon’, IU appeared on a large hot air balloon and set up a stage where they could approach the fans and make eye contact with them, quenching the thirst of fans who had been waiting for IU’s stage. In addition, various appearances such as the shape of IU and the logo of the fan club ‘Uena’ were presented in a drone show, embroidering the night sky with fantastic light, making it impossible to take your eyes off of it for a moment.

In this performance, IU presents a stage that sweeps across genres, such as dance and band, without a break, and features IU’s unique sensibility songs such as ‘Children and My Sea’, ‘Winter Sleep’, and ‘Love Poem’. warmed the IU, who prepared a colorful set list, filled the Olympic Stadium with enthusiastic shouts, proving her status as a legendary artist.

At the end of the performance, a surprise cake event was prepared to mark IU’s 14th anniversary of her debut. IU, who was moved by the group singing and slogan event prepared by the fans as a gift, said, “My friend Yuena of 14 years tried to make me cry. This performance is not enough to express my gratitude enough to think that everyone has done it. The next meeting will be like this time. I promise it won’t be long.” She showed her deep affection for the fan club ‘Uena’. She met them after 3 years, and guided the fans to a melting pot of emotion.

In particular, IU, had been sweating a lot due to the unexpectedly wet weather and heat. The heat has been lingering since the performance the day before. She had a hard time while performing on stage, as her open ear tuberculosis (open ear canal syndrome) worsened. It had previously improved but due to dehydration symptoms, it worsened. However, they performed the best stage to the extent that this fact was overshadowed and completed the modifier of ‘Yeah IU’ once again.

Regarding this performance, IU said, “I think I met the golden hour not only as a singer, but also as a person. It was a moment I would be proud of for the rest of my life.” “I am grateful to Yuena, all the audience. The staff who worked hard for the performance for a long time. I want to repay you,” she said.

On the other hand, IU was the first Korean female singer to enter the Olympic Main Stadium in Jamsil. She has completed her solo concert successfully, recording sold-out seats for both days. 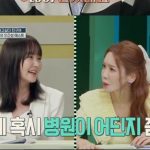 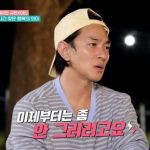